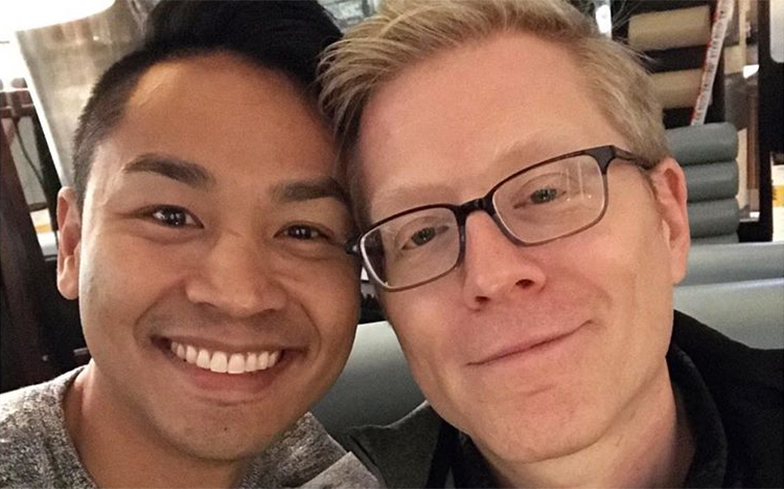 Broadway and Star Trek: Discovery actor Anthony Rapp has announced his engagement to longtime boyfriend Ken Ithipholon. The couple have been dating since January 2016.

“So something happened tonight. I asked [Ken] if he would marry me and he said yes,” he wrote.

“I am so very happy and I’m so very thrilled to share this news.”

Anthony also shared a photo of him alongside now-fiance Ken showing off his engagement ring.

Anthony made Star Trek history in 2017 when his character Lt. Paul Stamets was introduced in episode three of Star Trek: Discovery as the universe’s first openly gay character, who was also in a relationship with Dr. Hugh Culber (Wilson Cruz).

The landmark relationship was praised by George Takei, the openly gay actor who played Hikaru Sulu on the original TV series Star Trek, who called it a “beautiful moment” and praised the show for introducing a same-sex couple.