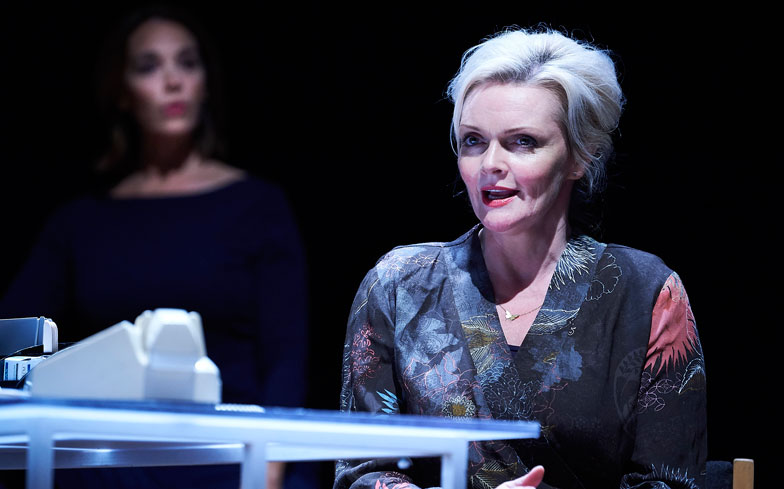 The stage adaption has begun touring the UK, beginning at the Richmond Theatre.

Still living a strong and forward-thinking life at 50, Alice is like so many women of her age as they fight to make it to the end of the day in one piece. But when battling family life with a strong career (not so casually at Harvard University), and an ever-growing social life, it’s the menopause that end up with the blame initially when clothing is left in coffee shops and the simple task of remembering a conversation that happened just moments before fail. To understate, life for Alice becomes a blurring confusion of frustration and blank spaces.

Stepping into the shoes of Julianne Moore – in a role that won her a deserved Oscar – is no easy task, but Sharon Small does so with great poise and elegancy throughout as Alice. Continually fighting against what she believes isn’t true, there’s a dark and painful desperation that comes from her every move as the realisation of Alzheimer’s disease becomes a reality. It comes from a sense of frustration at being viewed as incapable, but escalates to a level of disbelief that the woman she once was is no longer available quite so easily or regularly. Unsurprisingly, it’s an emotive roller coaster that leaves both audience and cast in silence; awash with great pain.

Martin Marquez’s take on husband John is fixed on one driving tone of getting Alice to the next day but can feel purposefully cold at times. Emotionally removed at the thought of one day arriving home without his wife being there – as she has been so regularly before – John’s wall remains unbreakable until a conversation between a parent and his children allows the truth to grow. A man that faces the terrible reality of his wife’s decline in its hardest reality, it’s strength in a lack of vulnerability that induces tears as his greatest fears are soon to be a reality. And while his children (lead well by Ruth Ollman and Mark Armstrong) don’t agree with their dad, the perspective of a man losing everything soon becomes present for an already heartbroken audience peering in.

Elsewhere, Eva Pope leads Alice forward as her inner self and almost narrator to the voices inside her head – vocalising what she regularly can’t.

The comfort and warmth of greatness doesn’t always come from the loudest or strongest characters, but those that show great vulnerability in their truth. Perhaps what makes Still Alice such an ideal piece for the stage is its willingness to champion and showcase normality in the hardest of ways. It’s an ability to use your average (although incredibly smart) character like Alice and find her connection with each person in the audience. Everyone will know an Alice – either personally or through a friend. Her vulnerability and despair at wanting life to not change is heartbreaking. Her confusion is clear, but the way in which she displays an understanding of not knowing how to be, to act or even how to approach Alzheimer’s is a regularity we’re sure for many.

And while she’s unable to find a brighter day as the woman she once was, her determination via the uses of her phone and asking questions repeatedly means that she will forever be trying. She will forever be a woman that is determined to never give up. Not for somebody else, but for the wife and mother she became all those years before.

Still Alice continues a conversation around Alzheimer’s disease that should be heard by all, while providing a heartbreaking must-see piece of theatre.