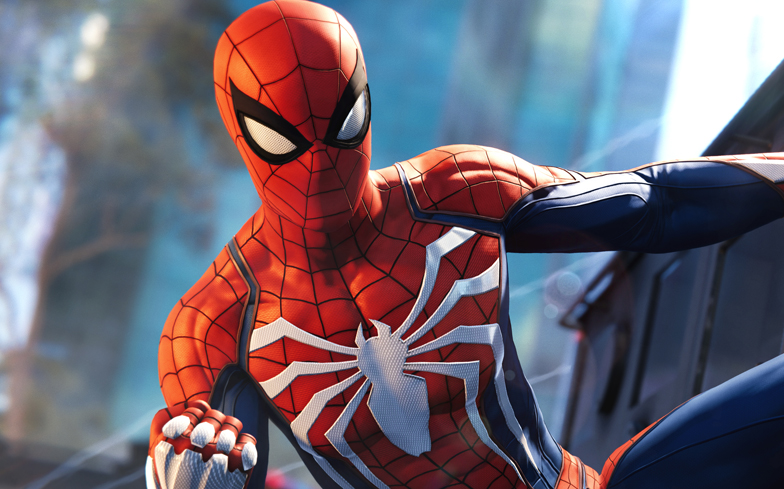 Let’s be honest: over in the Marvel Cinematic Universe, Spider-Man has had a bit of a rough year. We’re still not over those final scenes in Avengers: Infinity War.

But here, in a universe created by Insomniac for this highly-anticipated title for the PlayStation 4, everyone’s favourite web-slinging superhero is doing what he does best: giving the bad guys a hard time.

Everyone got suitably hyped when a first look at the game debuted last year, and having had the opportunity to get to grips with the first two hours of Marvel’s Spider-Man, we can assure you that the gameplay is as good as it looks.

The story finds Peter Parker eight years after the origin events of Spider-Man take place. He’s a 23-year-old working as a researcher and scientist who, as we all know, can’t resist slipping into a suit whenever he can to fight crime on the streets of New York City. And when we say New York City in terms of this game, we mean a huge portion of the Big Apple. The developers have incredibly reconstructed the concrete jungle as fully explorable metropolitan playground for our superhero, with an added Avengers Tower of course.

With such an expansive environment to investigate, there’s going to be plenty of web-swinging action. Insomniac have taken great care to make sure you can swing all over the city with ease. Well-timed taps of R2 releases webstring that hooks on to the nearest point to allow Spidey to swing high over the streets as people continue to go by their business below. The movement is smooth, and the controls are easy to adjust to, making the whole skyline swinging business incredibly fun, if not a little queasy at times with the effectiveness of the motion.

The fact that the controls have been designed to make sure the player picks them up seamlessly and quickly has been intentional, playing on the idea that at this point Spider-Man is very much in command of his abilities, and so we should feel like that too from the off. There are little hints and reminders during the gameplay of the button combinations you should be pulling out at the most effective times that serve as a gentle reminder of proceedings, rather than a gruelling tutorial.

This is deployed with full effect in the first main mission, as Spider-Man takes on one of his classic foes, Wilson Fisk. As you scale Fisk Tower to face off with The Kingpin himself, you are given the opportunity to really understand Spidey’s combat sensibilities. When it comes to the physical action, the gameplay immediately switches to a more energetic and forceful pace. Spidey may glide like an angel as he travels around the city, but as soon as he’s faced with a sniper his movements are much heavier, impactful, and quick.

Much of the environment can be used to tackle your enemies too. A quick tap of L1 and R1 will see Spidey shoot his web at the nearest bin or concrete block, swing them above his head and land a heavy blow on his opponent. Because the gameplay switches up pace in combat, the control combos have been designed to pick up quite easily, and before you know it you are delivering some deadly moves.

The playable action also seamlessly moves into cut scenes, making the missions feel immersive and cinematic. As for Spidey himself, his humour is on full display here, landing wisecracks and throwing shade as effectively as his punches. The stakes are high, and the action can feel intense, but his playfulness helps break some of that up.

In Marvel’s Spider-Man there’s a focus on Peter Parker’s coming-of-age as a young man post college, out there in the real world. In that sense, parts feel like an origin story of sorts, but without any radioactive spiders. The game explores both the superhero and the man behind the mask, and how his dual worlds collide. Throw in appearances from other favourites including Silver Sable and the Sinister Six, and the game feels inherently Marvel, while taking the franchise’s most popular web-slinging character into new territory.

Insomniac’s reimagining of this much-beloved Marvel hero and the world he lives in is fresh, energetic, addictive, and quite frankly very exciting. With more surprises in store for Spider-Man later in the game, we can’t wait to jump into New York City for some more web-slinging action later this year.