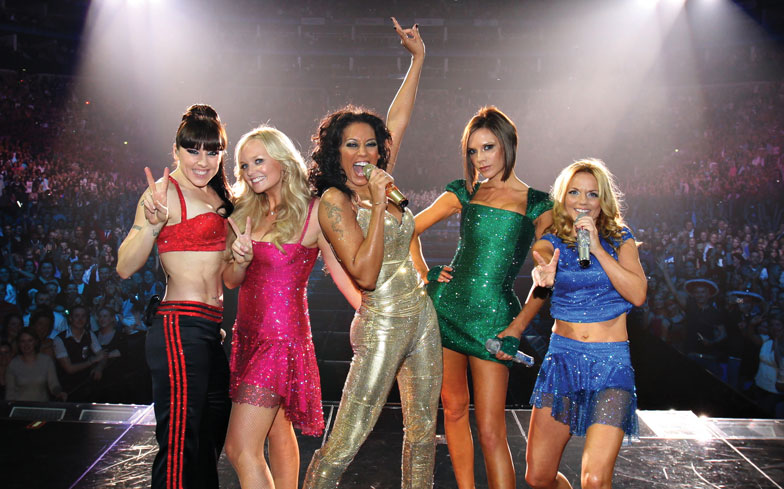 Are you ready to spice up your life?

They’re one of the world’s most successful and beloved girl groups of all time, so it’s no surprise that fans have been holding out for a proper reunion ever since their last world tour as a five-piece, The Return Of The Spice Girls, ended in 2008.

Now, that patience has paid off, as over a decade later The Sun has revealed that another reunion tour is in the works, and this time they’ll be heading on a 13-date run across the UK, culminating in a three-night extravaganza at Wembley Stadium.

There is one catch though: Victoria Beckham (aka Posh Spice) won’t be joining the rest of the group. “After much to’ing and fro’ing, a deal has been signed, and an official announcement will be made soon,” a source told The Sun. “The girls can’t wait to go back on tour, perform to the fans and sing some of their greatest hits.”

Music mogul Simon Fuller is reportedly masterminding the comeback, which will earn each girl around £12 million if it the tour sells out.

The last time all five girls performed together was at the 2012 Olympic Games in London. While fans will no doubt be disappointed at the lack of Posh this time, the prospect of seeing Sporty, Baby, Scary and Ginger together is still an exciting one.

A reunion has been teased for months now, after Victoria uploaded a photo of her and her former bandmates to Instagram back in February, sending fans into a meltdown over the prospect of new music or another tour.

It was also recently reported that the original five will be voicing animated characters in a new superhero movie.