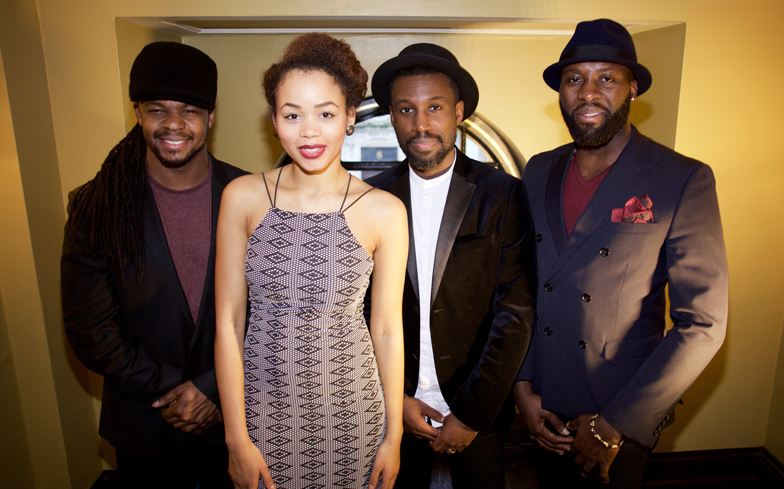 … injecting a little bit of soul into every Tuesday evening throughout the Autumn season.

Each week a new soul superstar will take to the stage to deliver a set that will transport guests back to the golden age of soul and motown. The likes of Jermain Jackman and Kyan have already dazzled on the 100 Wardour stage, offering guests unmissable renditions of these era-defining anthems and they’ll be back to do it all again during October and November! Throughout the course of the Autumn, this musical series will play host to…

Michelle John – 9th October and 20th November
Michelle John’s vocal dexterity has allowed her to work with an impressive musical spectrum including R&B legend Whitney Houston to legendary tenor Andrea Bocelli. Her expertise have helped craft the voices of tomorrow through her vocal coaching on Pop Idol and with artists such as Razorlight , Girls Aloud, Atomic Kitten, Liberty X , Mis-Teeq, Bryan McFadden and Westlife. She has toured with Will Young on his last 3 U.K Tours, and the opportunity to perform with Herbie Hancock and Sheryl Crow, recorded with the phenomenal Lenny Kravitz and recently performed at a concert for President Barack Obama at The White House. She was also a contestant on The Voice in 2017 and finished as a finalist in 4th place on Will.i.am’s team.

Kyan – 16th October
With a catalogue in excess of 100 songs Kyan’s song-writing is constantly evolving and maturing. Emotionally open and honest, his lyrics reveal the story of the day that song was written. Kyan has been likened to John Legend and also Maverick Sabre, two artists who posses unique soulful voices. The young artist has been recognised by some the industries influential who all predict that Kyan has a long and successful career ahead of him.

Otty Quartet – 23rd October and 13th November
Otty offers a sensational blend of soul, funk, Motown and pop guaranteed to bring good times and unforgettable entertainment. His repertoire features musical greats ranging from Stevie Wonder to Bruno Mars and plenty in between. Played by dedicated and highly skilled musicians, you wouldn’t want to miss out.

Angela Quartet – 30th October
After studying at the Conservatoire of Verona and graduating from Goldsmiths University, songbird Angela has performed with the likes of Kelis, Rita Ora and The Heavy.
Now, after several of her videos went viral, Angela is making a name for herself with performances at London’s legendary Jazz Café (supporting MOBO award-winning artist Yolanda Brown) & The Arts Club. Outside of the UK, she’s also performed at the Jazz Club of Turin and Africa Fashion week.

Jermain Jackman – 6th November
22 year old singer & songwriter Jermain Jackman is one of the UK’s most innovative, interesting and unique performers, he was crowned winner of BBC’s The Voice UK in 2014. Blessed with a beautifully rich baritone, Jermain is an inventive vocalist who manages to push the boundaries of possibility, while retaining a delicacy and restraint that is admirable. Recently having worked on his own brand of brilliantly upbeat, Soulful Pop, Jackman’s vintage sound has one foot in the 60’s and 70’s, while the other is pointed firmly towards the future. Andrew Derbyshire – 27th November
Andrew auditioned for the inaugural series of The Pop Idol competition for ITV television. Upon making it to the final 50 and the live shows, Andrew was plucked from the contest by musical director Mike Dixon, to join the original cast of West End Musical ‘We Will Rock You’. At just 19 years of age, Andrew understudied the leading role of Galileo- a part he would go on to play at over 100 performances. Guests can enjoy the live music whilst dining on 2 courses for £22 or 3 courses for £25 courtesy of the 100 Wardour St set menu. Should they so wish to bring the Friday feeling a little bit earlier, bottomless wine can be purchased for an additional £10.