Softcult: “Don’t try and be what someone tells you to be” 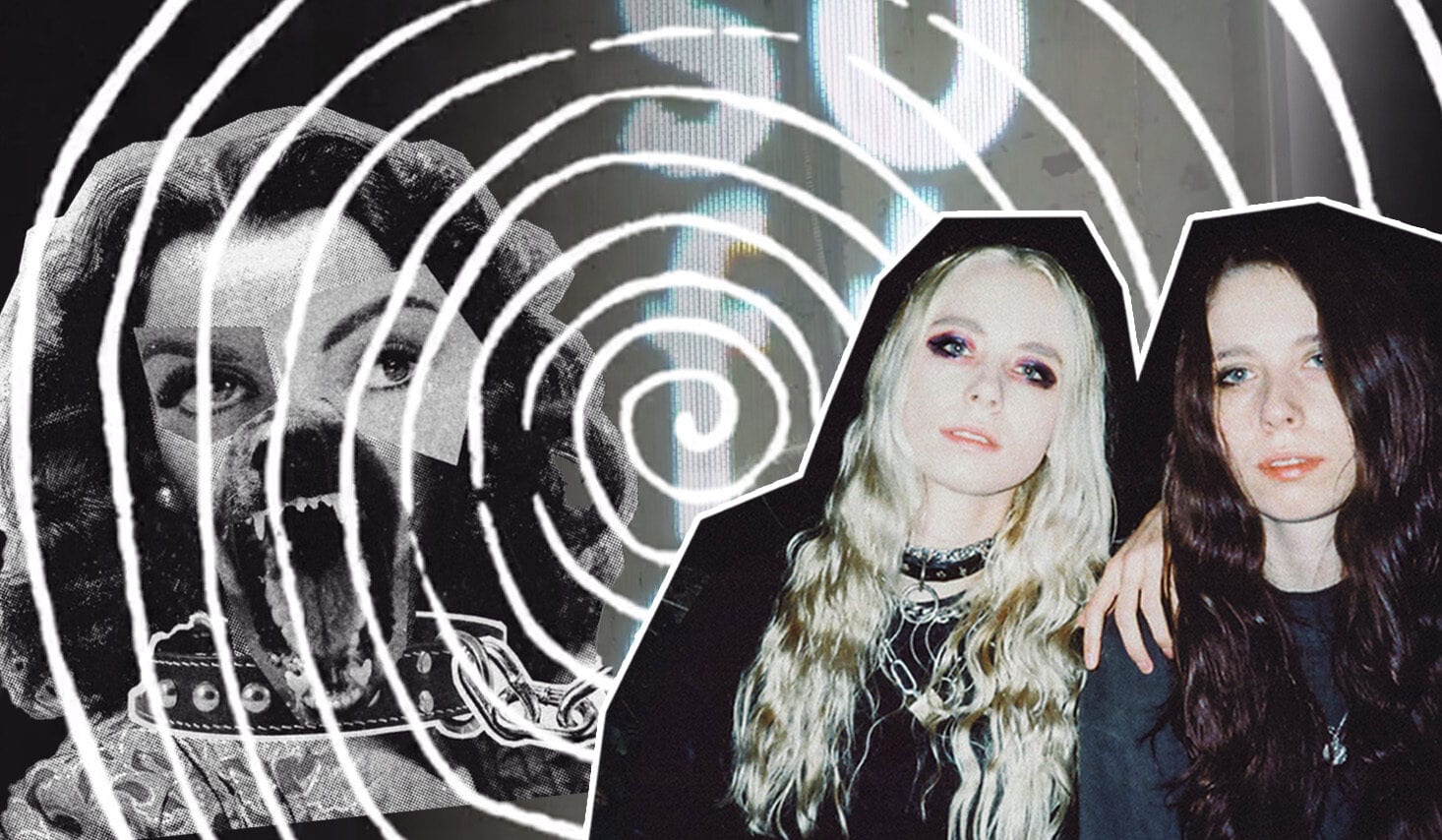 “We wanted Softcult to become something on its own and not to tie that into Courage My Love,” Phoenix Arn-Horn relays over a grainy Zoom call in an Ontario music studio. Packed with grunge-washed imagery, dark hues, and gloomy guitar-laden tracks, Softcult are ready to get political.

Canadian twins, Mercedes and Phoenix Arn-Horn are the reinvented duo standing behind the rock band moniker Softcult; a tongue-in-cheek social commentary jabbing at the cultural and political groups we often seek allegiance with. The sisters are no strangers to the alternative scene. In fact, they’ve spent a fair share of time honing their craft in their gritty punk rock band, Courage My Love; a band which, gradually, succumbed to languid lyrics and fizzled away as the creative pair sought out a fresh start.

Together, the sisters hope to make a change with their new musical direction. “We felt really frustrated that we were unable to do anything about global injustice from a studio in Canada,” Mercedes reflects. “We realised we had a sound totally different from what we had been doing with Courage My Love and the ethos of Softcult was very social and politically minded, so we thought we should start a new project and it can be whatever we want. There’s nothing holding us back or any preconceived notions of what it could be or should be.”

Now, with a new name and sound, the Arn-Horn twins are ready to cut their teeth on strong political opinions and the funkiest of basslines. With Softcult’s debut EP, Year Of The Rat, now out, GAY TIMES caught up with the rising stars to see how they’ve been getting on.

What inspired the band name ‘Softcult’?

Mercedes: We chose Softcult because this band is all about social commentary. A soft cult could be anything from a church, a government, a family, a band even. It’s anything that you don’t really question where you follow your group of people. We’re all in soft cults in society that we don’t realize we’re a part of, we’re just willing participants because it’s a normalized thing at this point. It can sound a little harsh but it’s also meant to make you question which soft cults are you a part of.

Have you found greater creative freedom under a new project?

Phoenix: Before we were assigned to a major label with that kind of relationship, we didn’t have as much creative freedom to do things that we wanted to do. So, I think this has been different because we write whatever we feel like writing. I also think it’s a little bit more aggressive musically too.

Mercedes: Courage My Love had been through so many different phases. We started finding our new sound very organically and it has these political and social messages behind it. We became super inspired by the riot grrrl movement.

How has the riot grrrl movement inspired you both?

Mercedes: We are inspired by Bikini Kill, Batmobile, and all of those bands. [Softcult] brought out a lot of feelings because we realised when we were teenagers and we were just playing around in our hometown and we were so often just the only women on this stage. There are lots of women in the industry but we didn’t see a lot of other representation for artists like us. A lot of those feelings started coming out and became the ethos of this band. We need to make another resurgence of the riot girl movement in modern times.

Phoenix: We started getting more comfortable and more confident writing and just trying to be more honest in our songs. We realised it’s good to have your own identity and started to write with less fear. 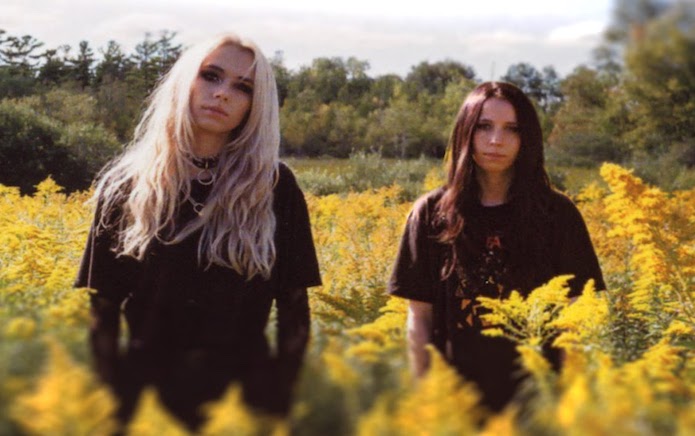 How do the songs in Year of the Rat draw on personal experiences?

Mercedes: A lot of songs are from personal experience are inspired by an actual event that happened. We are writing a song about Sarah Everard right now because our world is so small and we’re writing about our experiences through a shared experience. We also wrote some songs about abuse, objectification, and misogyny and stuff that do come from personal experiences. We were scared to write about it before because we thought it might be too subversive, but now we don’t really care if it is. We want to talk about it and have real meaningful conversations about it. These things need to be talked about or nothing’s gonna change.

Phoenix: While it’s okay to be inspired by things and feel anger and frustration towards those events, you definitely have to be careful. You don’t want to take away from anyone’s experience or talk over people that you should be supporting instead.

Mercedes: At the same time, if you’re an ally and you’re an artist, you should be using your platform because people are gonna listen to you. That was the whole thing with the riot girl movement, most of these women were just all about writing zines and spreading awareness. When you’re in a band and when you’re on stage in people’s faces, they’re listening to what you have to say, so you may as well use that platform to say something important. We’re privileged in the sense that we’ve never experienced racism and we don’t know what that’s like and we’re outraged by it. We’re standing in solidarity and using our art to do that.

If you could go back in time, what advice would you give to the younger versions of yourselves?

Mercedes: We were signed at the age of 16 and were listening to a lot of different voices that were telling us what they thought we should be. When you’re that young, you’re just so stoked to be signed and you don’t really think about ‘Who do I want to be?’ or ‘What kind of artists do I want to be’ or ‘Who am I?’.

The advice that I would maybe give to myself back then would be to take it all with a grain of salt but bet on yourself. Don’t try and be what someone tells you to be or try and be the next artist that already exists. Embrace your own art and see where it takes you.

Phoenix: We’re learning things that we weren’t really thinking about a few years ago. When you’re an artist, as a teenager, you’re not writing music that’s gonna be as real as you would write when you’re older and have more experience in the world. 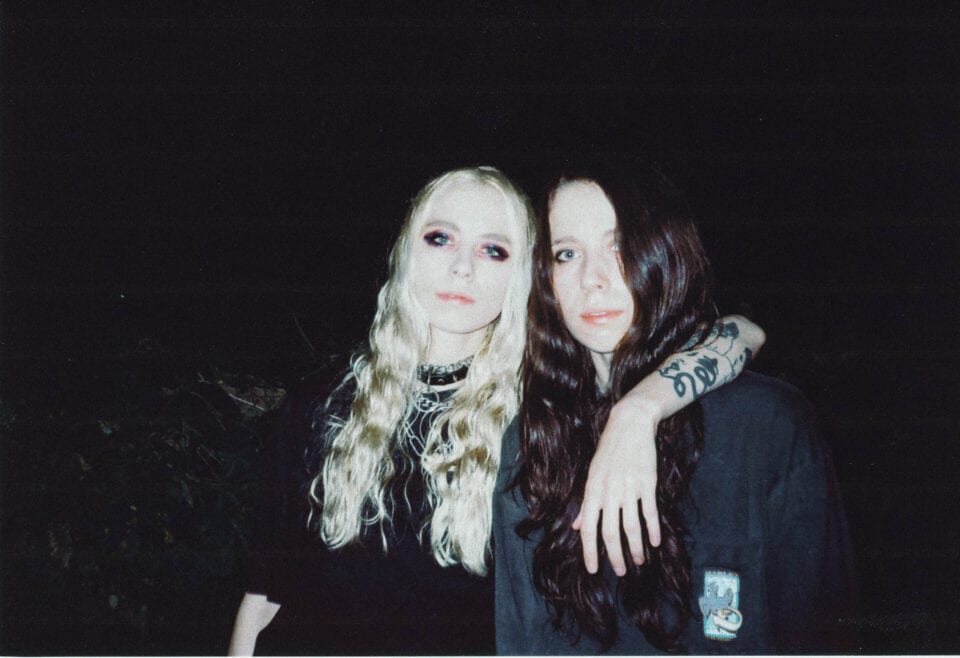 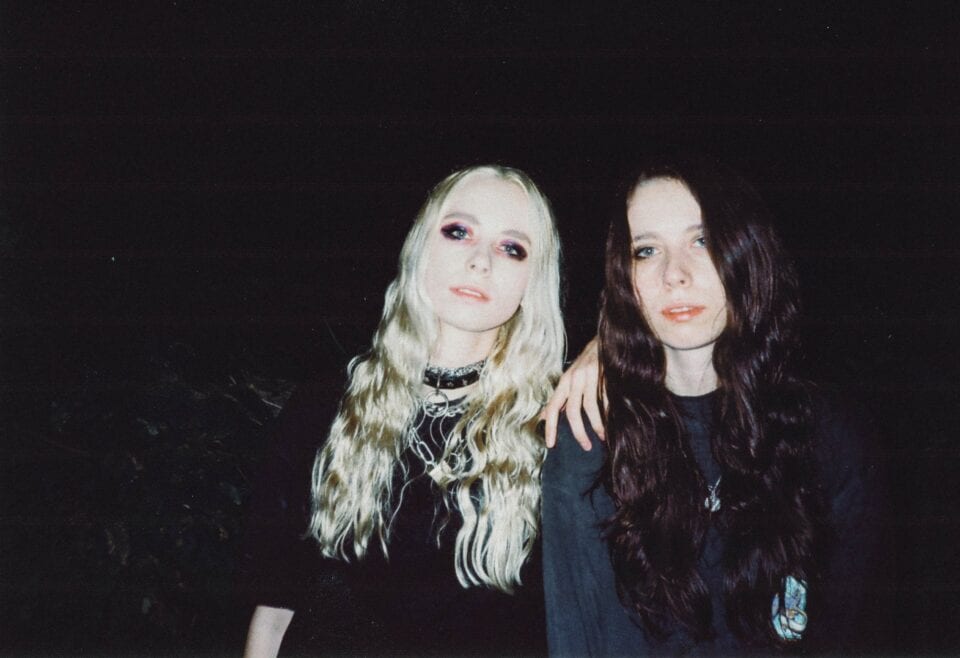 Can you name an artist you both really love right now?

Phoenix: There’s a band I started getting into recently called Mannequin Pussy and they’re so cool.

Mercedes: If Kathleen Hanna from Bikini Kill ever discovered us that this would just be like a dream come true. In a way, she’s kind of my mentor, but I’m also just a huge kind of creep and love her a little bit too much!

Can you name each other’s strongest quality?

Mercedes: Phoenix is the most compassionate person I think I’ve ever met. She’s definitely someone you want in your corner and is able to bring a nice sense of calm to any scenario that you’re in. In her already short life, she has overcome quite a bit. She came out aged 13-14 which was over 10 years ago now. At that time, she was the only queer person that anyone knew.

Phoenix made others more comfortable in our community of friends. More of our friends came out later, but Phoenix had already paved the way for that and made a safe space just by being herself. From the get-go, Phoenix was just always herself. She made it clear that ‘I’m me and if you don’t like then that’s your problem’. It was inspiring to see her do that so gracefully even as a kid.

Phoenix: Growing up, when I did come out, Mercedes was always there. Whenever there were crappy scenarios where people would say something or be ignorant, even before I had time to draw a breath, she would already be like ‘What did you just say?’. She’s very passionate about sticking up for other people and that’s something I’m grateful for. In our music, we get fired up about issues and Mercedes is so determined and that’s so important when it comes to activism.

What were some of the written-off names you had for Softcult?

Mercedes: Child Bride which would have been very horrible. Not to mention the Google searches. We gave that up very quickly. We always wanted to have a dreamy aesthetic with this band mixed with a hard aggressive sound. We were going through some shoegaze type names and we’re gonna call ourselves dream weaver at one point.

We chose Softcult because this band is all about social commentary. A soft cult could be anything from a church, a government, a family, a band even. It’s anything that you don’t really question where you follow your group of people. We’re all in soft cults in society that we don’t realize we’re a part of, we’re just willing participants because it’s a normalized thing at this point. It can sound a little harsh but it’s also meant to make you question which soft cults are you a part of.

Mercedes: Our first EP is out on April 16. You can expect some music videos. We’re thinking of compiling our zine into a table book by the end of the year. We also have another EP coming up after this one. We don’t have a release date yet so our plan is to just keep going. We’re not expecting shows until next year so we have plenty of time to work on new music.

Related: Softcult have released their debut EP Year of the Rat 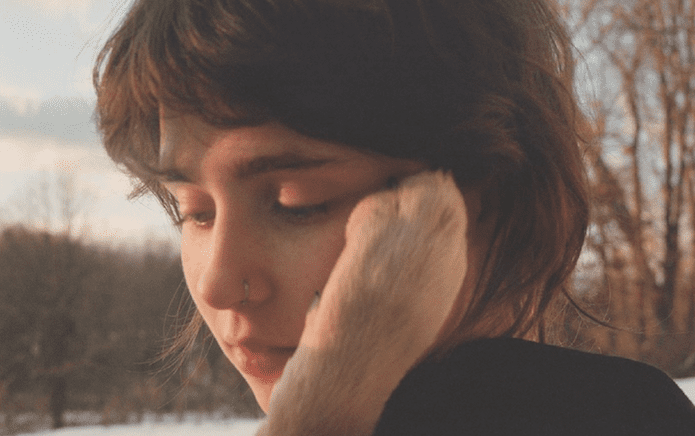 Clairo has released her lead single Blouse which will be taken from her second studio record Sling. 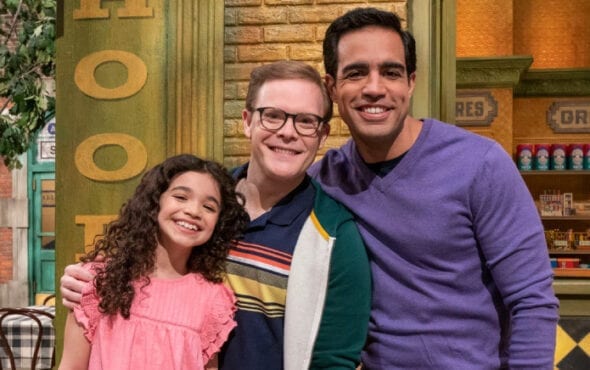