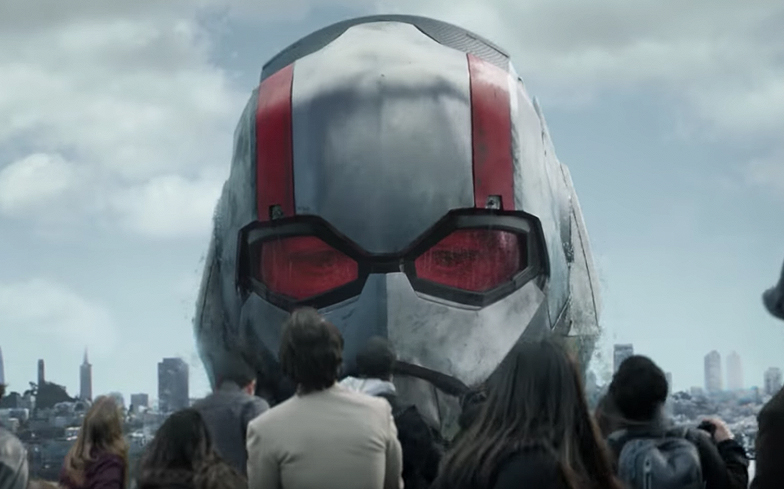 The first trailer for upcoming Marvel Cinematic Universe instalment Ant-Man and The Wasp has landed: and it promises to be packed full of as much action and humour as the first film.

Paul Rudd will return as Ant-Man for the blockbuster movie, but this time Evangeline Lilly’s Hope van Dyne has got her own size-shifting suit to become The Wasp.

In a first look at the superhero, The Wasp’s suit boasts both wings and blasters – something that doesn’t go unnoticed by Ant-Man.

“In the aftermath of Captain America:  Civil War, Scott Lang (Rudd) grapples with the consequences of his choices as both a superhero and a father,” an official synopsis reads.

“As he struggles to rebalance his home life with his responsibilities as Ant-Man, he’s confronted by Hope van Dyne (Lilly) and Dr. Hank Pym (Michael Douglas) with an urgent new mission.

“Scott must once again put on the suit and learn to fight alongside The Wasp as the team works together to uncover secrets from their past.” There’s also a giant Hello Kitty Pez dispenser involved, which is all levels of amazing.

Ant-Man and The Wasp will be in cinemas from 3 August, and come after upcoming Marvel blockbusters Black Panther and The Avengers: Infinity War.

How this movie slots into the unfolding storyline that encompasses the whole of the Marvel Cinematic Universe, we’ve yet to find out, but we suspect it’ll lead nicely into the characters’ rumoured appearances in the fourth Avengers film in 2019.