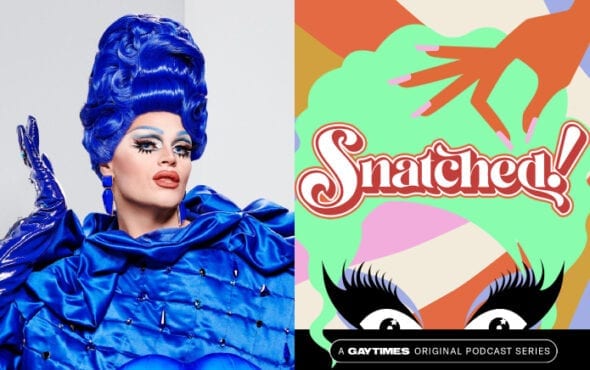 In this week’s episode, Sam and Umar break down all of the lewks for the queens’ second design challenge, which saw them concoct “lockdown super-shero” ensembles, before diving into Sister Sister’s elimination.

The aforementioned queen then reminisces about her “fucking camp” time on the series – including her lip-syncs against Ginny Lemon and Tayce – and her widely-acclaimed essay about online trolls for The Guardian.

“Every single time those hate messages come in, it’s the white gays,” she says. “It’s like they cannot filter themselves. They simply cannot do it.

“It’s a shame, because I’ve always sat there and gone, ‘Guys, we can do so much better than this. It doesn’t have to be this way.”

Sister Sister adds: “If you think we can’t live without your opinion, we can and we will, and we’ll probably live much happier lives if we do.

“If you’ve got nothing nice to say, say something ambivalent. You know? Don’t go straight in there and go, ‘You make me sick. I had to pause the TV to tell you that I hate you.’ It’s like, ‘Okay, that was a choice. That was an unnecessary choice.’”

The Liverpudlian also reveals how she’s preserving her mental health during this time and how she plans to conquer the world post-lockdown.

The first seven episodes of Snatched! are now available on all streaming services, including Spotify and Apple Podcasts. To hear the full unedited interview, sign up now to GAY TIMES+.