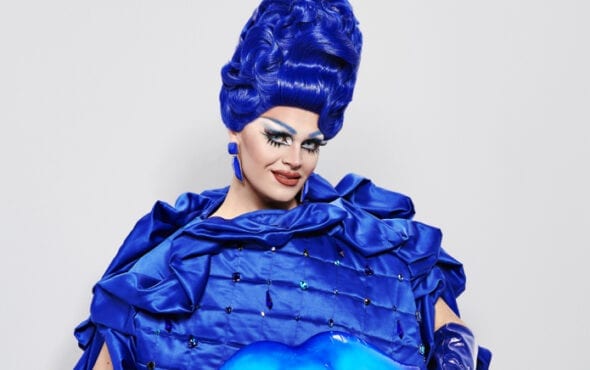 “I honestly don’t think people are going to be ready for it.”

Sister Sister has labelled the upcoming second season of RuPaul’s Drag Race UK as “blessed and cursed” due to the coronavirus pandemic.

Last year, the entire cast were forced to sashay away from the series after filming just four episodes, and weren’t able to strut back into the werkroom until seven months later.

It was the first time production had been shut down on Drag Race since the infamous Untucked scandal between Shangela and Mimi Imfurst.

When asked to describe the long-awaited second season of Drag Race UK, Sister Sister told GAY TIMES: “It’s the blessed and the cursed series because we literally filmed in a pandemic. It’s its own monster.”

Sister Sister went on to joke that she and her fellow contestants are all “conniving little bitches,” but assured that there’s a “lot of love in the room at all times”.

“I was so nervous about who’s going to be the biggest bitch until I realised the call is coming from inside the house. I am literally the nightmare in the room at all times,” she explained.