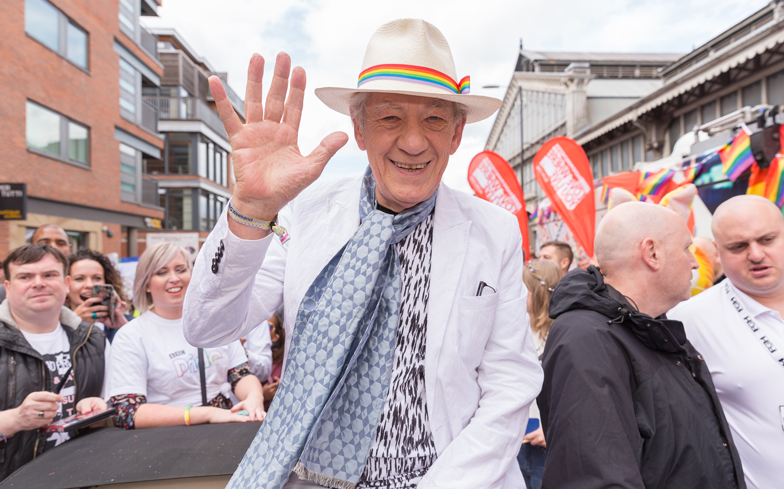 “The problems that transgender people have with the law are not dissimilar from what used to be the case for us, so I think we should be allies really.”

Olly Alexander and Sir Ian McKellen talk about the importance of being trans allies in a new interview.

In light of LGBTQ+ History Month, the two stars opened up about LGBTQ+ issues, with McKellen expressing his disappointment in how trans people are treated within the community.

“I do hear people – gay people – talk about transgender people in very much same terms as people used to talk about your common or garden gay,” he says.

“The connection between us all is we come under the queer umbrella, we are queer. I quite like being queer actually.

“The problems that transgender people have with the law are not dissimilar from what used to be the case for us, so I think we should be allies really.”

McKellen also discussed the differences between the older LGBTQ+ generation and the new generation.

“My experience was so different from yours with regard to sex and being gay. I do envy your generation.”

In regards to the reclaiming of the word “queer”, McKellen reveals that he still finds it hard to say the term.

“It doesn’t come easy for me to say “queer” about myself because for so long it was the hate word. Of course, if you grab it to yourself and own it, the meaning changes,” he said.

Since coming out in 1988, Sir Ian has co-founded the charity Stonewall and campaigned for the advancement of LGBTQ rights in many countries. He’s slammed India’s anti-gay laws, urged closeted actors to come out, and led protests against Chechnya’s horrific gay purge.