Sir Ian McKellen on why the negativity around Cats is wrong 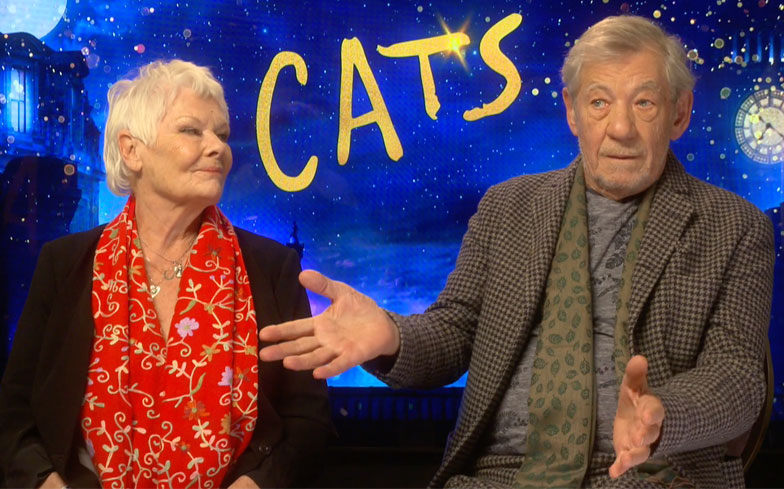 But when the first trailer landed, people didn’t quite know what to make of the human-cat forms at the centre of this much-loved story.

We recently sat down with Dame Judi Dench and Sir Ian McKellen to talk about the new blockbuster musical and what their reaction was to seeing the cat forms of themselves for the first time, as well as the reaction of everyone else.

“What the poor people who have only seen the trailer don’t understand is that it’s only a small bit of the film,” Sir Ian told us.

“Everything is positive about this movie. It’s its own thing – it’s original. I think Tom Hooper has made what will be a film classic. It’s terribly, terribly entertaining I thought.”

He added: “I wasn’t expecting to enjoy it – not because of what they said – but because I’m not really into cats much! But I am now.”

Sir Ian also praised newcomer Francesca Hayward; a principal dancer in the Royal Ballet in London who takes on the central role of Victoria in Cats.

We also sat down with Francesca to speak to her about her first big movie role, being serenaded by Jason Derulo playing a cat, and the moment Taylor Swift sang her the new song she has written for Cats.

Cats is out in cinemas now.