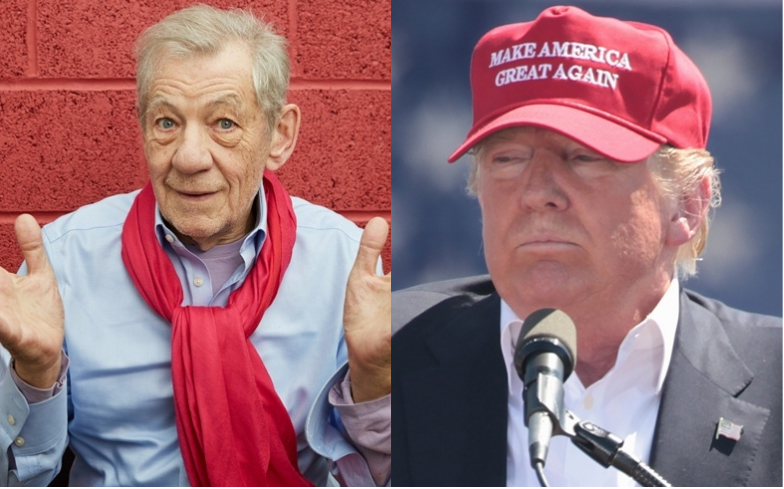 The veteran actor and gay icon did not hold back.

Sir Ian McKellen is not known for mincing his words, and in an interview with CNN he certainly wasn’t mincing them when it came to the subject of President Donald Trump.

When asked whether Twitter was Trump’s theatrical stage, McKellen responded by saying: “He’s so illiterate. He displays his inadequacies every time he opens his mouth, I’m afraid.”

McKellen then criticised Trump’s usage of social media, saying: “Dictators and leaders have taken advantage of the mass media ever since it was available to them.

“Whether it was the radio, advertising, and now television or film. And he’s the master of the television, you have to grant him that…

“It seems to me, as an outsider, that what he enjoys most in life is not power, but fame.”

However, elsewhere in the interview, he shot down comparisons of Trump to the tyrant King Richard III in the Shakespearean play of the same name. But he did agree that one comparison was apt, in that both Trump and Richard III had an “innate inadequacy.”

And Trump isn’t the only one to get a verbal tongue-lashing from Sir Ian, as he didn’t hold back when asked about the lack of LGBTQ representation in Hollywood.

“Well, nobody looks to Hollywood for social commentary, do they?” he said to TimeOut London. “They only recently discovered that there were black people in the world.

“Hollywood has mistreated women in every possible way throughout its history.

“Gay men don’t exist. Gods and Monsters, I think, was the beginning of Hollywood admitting that there were gay people knocking around, even though half of Hollywood is gay.”

Related: This is what Ian McKellen had to say about Kevin Spacey hiding his sexuality