The beloved star spills the T on her various television appearances, new Drag Race UK docu-series God Shave the Queens and whether she’ll sashay back into the werkroom for All Stars. 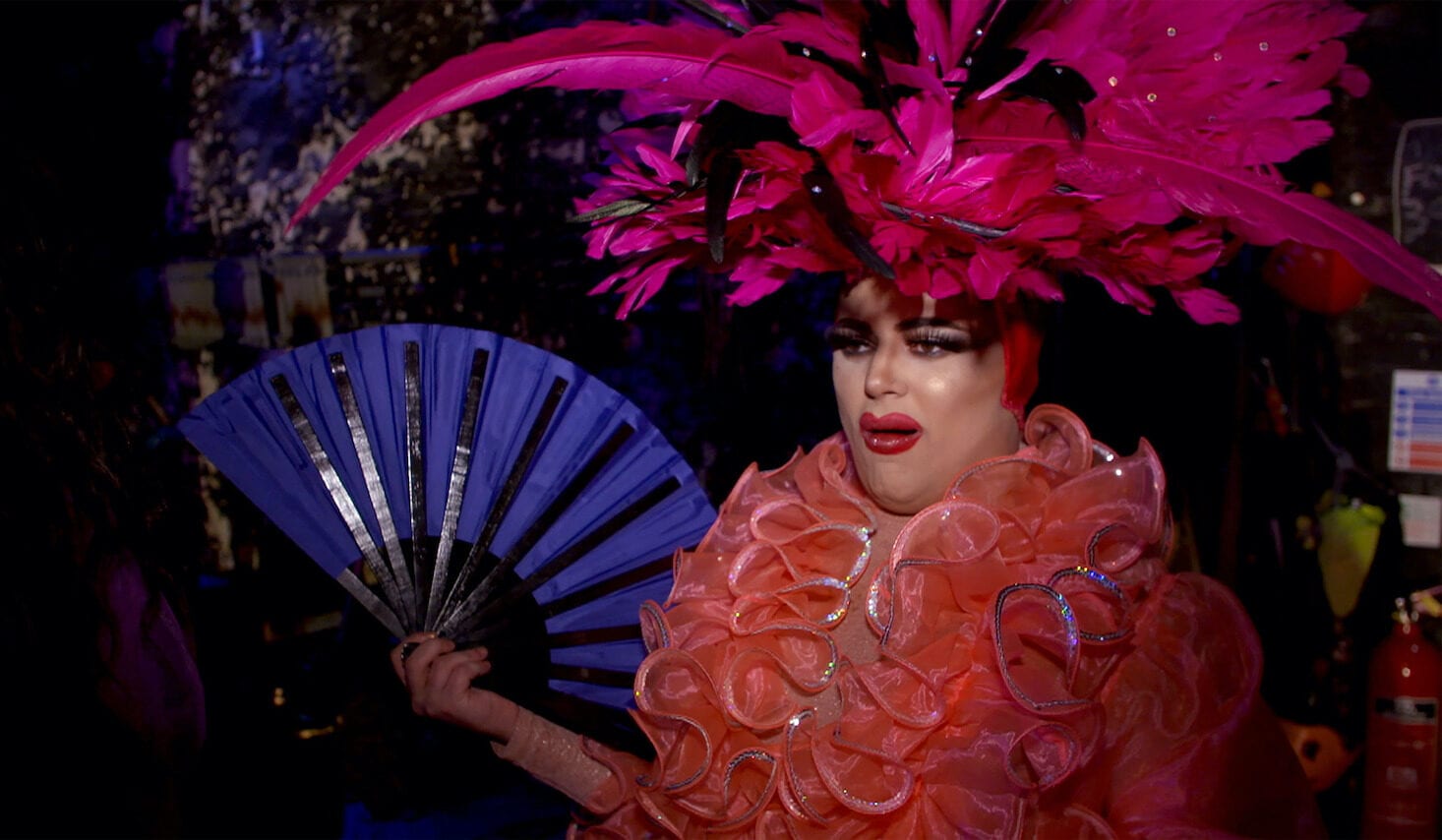 It’s been a year since Baga Chipz informed Britain that she “takes it up the (shhh)” on the first season of RuPaul’s Drag Race UK, where she became the first queen in the franchise’s history to earn three maxi-challenge wins in five episodes. Since her run, the Midlands-born performer has toured the UK and made numerous appearances on British programmes including The Big Fat Quiz of the Year, Roast Battle UK, Pointless Celebrities and Celebrity MasterChef. She also landed her own spin-off series with season one winner The Vivienne, Morning T&T, a parody of Good Morning Britain in which they reprised their Snatch Game-winning characters: Margaret Thatcher and Donald Trump. It doesn’t stop there.

Baga tells GAY TIMES that she’s filmed “some huge shows” for ITV2, due for release later this year, and another with “BAFTA-winning actors”. Baga’s doing the damn thing! Right now, you can catch her on God Shave the Queens, a BBC docu-series that captures the behind-the-scenes drama and pandemonium that ensued during the season one cast’s first tour together. Ahead of the release, we caught up with Baga to discuss how she’s conquered British television, why the queens of Drag Race UK season two have an “advantage” and her thoughts on returning for a future season of All Stars.

2020 has been chaos, obviously, but what has life been like for Baga Chipz?
I had a lot of opportunities that I couldn’t do, like I was supposed to tour America, Australia and Canada, but obviously because of travel… But, I feel very privileged to do a lot of television work and a lot of promo, ads on Instagram and stuff. I’ve made more than I’ve ever made, but I’ve also lost a lot of money! I can’t moan though. Before Drag Race, I was in my overdraft. We’re all in the same boat ain’t we, and I’m lucky enough to make large amounts of money by putting a post up.

It feels like you haven’t stopped since Drag Race UK? I’ve seen you in so many classic British shows…
Yeah! Masterchef, Pointless and Celebrity Karaoke. I just filmed some really huge shows, which are coming out on Christmas for ITV2. I’ve just filmed a huge one for Channel 4 as well, which is coming out in January. Just a lot of telly, really. I’ve filmed about ten, I’m just waiting for them all to get released!

I think you’re the most prominent drag queen on UK telly since… Dame Edna?
Yeah, you wouldn’t really see a drag queen on BBC One at 6pm. I’m about to film a massive new series with massive actors, BAFTA-winning actors, and I’ve got a proper role in it, speaking and acting! I’m not playing Baga Chipz, I’m playing someone else. It’s a proper acting role. I was doing an interview recently and I was asked if I wanna go on All Stars, and I said, ‘Course I would,’ but when you go on Drag Race, you don’t have much money, us drag queens. But obviously, you go on Drag Race and make money. If I went on that again, Jesus, I’d be wearing Versace gowns and shit, but still being common as muck!

I’m manifesting a future where Baga Chipz and Tammie Brown enter the same werkroom.
Me, Tammie Brown and Stacy Layne Matthews. Yeah, we’re the queens. Let’s just have a series with freaks! I know World of Wonder, and I genuinely believe they’re gonna give every girl a chance. If they ever did a British one or a global one, yeah, I’d do it. Even though I do a lot of British TV and I’m always busy, RuPaul’s Drag Race is a global show. It’s worldwide and most of my fans are American and I have a big fanbase in Australia and Canada – I think I have more followers from Canada than I do England!

Right, because we’re on the topic – who else do you want to compete against?
I just love characters, know what I mean? I appreciate what people do with their makeup and costumes, the artistry and creativity, but it’s not my bag. I like comedy, acting, singing and personality. You could look a billion dollars, but if you’ve got no personality, I’m not interested. Without saying any names, there’s been so many queens that look immaculate, but I’ve got more followers than all of them. Know what I mean? I wanna be entertained. I’d love to be with Tammie Brown, Stacy Layne Matthews, and I think she’s already been on it, but Jasmine Masters… Crazy people! Jimbo, too. Me and Jimbo are really good friends. He thinks I’m mental, and I think he’s absolutely nuts. 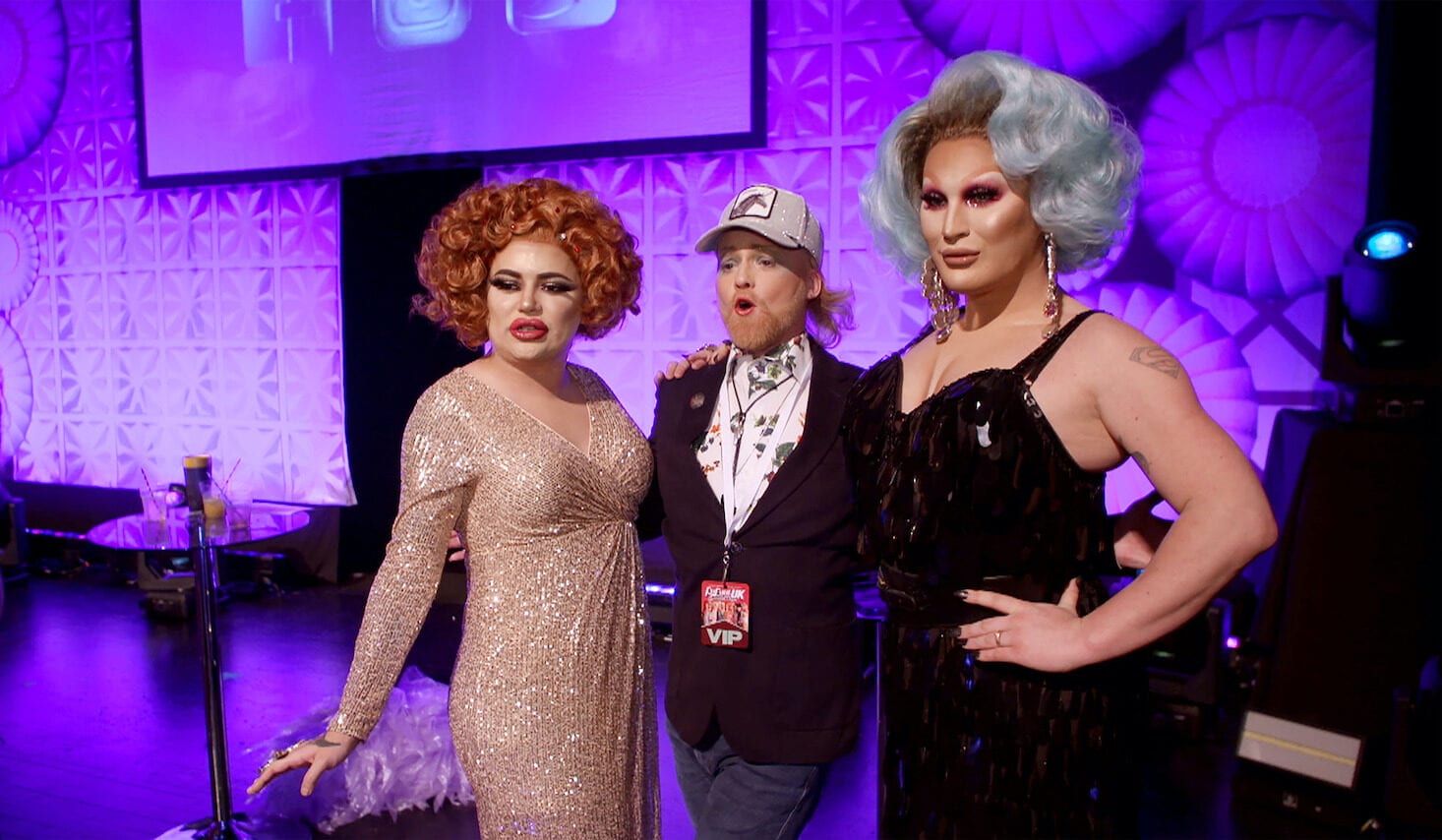 If you were on with Jimbo or your Frock Destroyers sisters, how would you feel about eliminating them?
They’re my sisters and I love them to bits, but it’s a competition! I’d do anything for them, but my job isn’t even to win – it’s to stay on that show for as long as possible. I’ve said that to a lot of queens, that it’s important to get airtime. You never know, you might be shit one week and the next week, you could have Break Up Bye Bye. I never thought I’d win the Snatch Game. You just don’t know. But, when it comes down to the nitty gritty, I’d get rid of anyone if it means I’m safe. It’s not personal. If it means I’d stay, fucking hell I’d get rid of The Vivienne. I’d get rid of all of them!

In a previous interview, you said the queens of season two will have an advantage when they return…
Yeah, that’s just a fact. That’s not me being bitchy, it’s a given. I think Alan Carr said the same. When we’re on Drag Race, we’re in a pressure cooker. You wake up early and have a couple of hours to think on your feet. I was knackered. These queens have had months, nearly a year to learn how to sew… If they come back into the werkroom and they’re shit, there’s no excuse. If I was on that season, I would’ve bought a sewing machine and for Snatch Game, I would’ve researched the shit out of my character. More than any season, they have a lot to prove. They have had nine months of doing fuck all.

How different do you think season one would’ve looked if you had nine months in-between filming?
Oh my god. If I had nine months on my series, I would’ve had better outfits. They’re at an advantage because they’ve seen the competition, and you’re not allowed a phone on Drag Race. They have been able to look at all of their Instagram posts and research for dirt on them. They know everything about each other now. We weren’t allowed to speak to each other if we weren’t filming. Some of these girls have now gone on a night out and on the piss together, know what I mean? They’ve made alliances. It’s not their fault. I mean, we have a global pandemic, so I wish them well, and may the best woman win!

God Shave The Queens just sashayed onto BBC iPlayer – what can fans expect?
There’s ups and downs, trials and tribulations. There’s me walking around saying how famous I am and that I’m the dog’s bollocks, girls turning up late, a few tantrums. Some of the girls go out and party. I didn’t do that because when we had days off, I was doing a gig. I like to work. There’s loads. It’s hilarious. You get to see what we actually do for a living, performing live on stage. You get to see a lot more of the other queens, like Gothy, who got eliminated first. In this show, she’s very prominent and you get to see her personality more.

What do you think we’ll learn about the season one cast from the show?
I think you’ll learn that we just all love each other. We’re all sisters. Don’t get me wrong, we disagree on things and have tantrums, but when it comes to the crunch, we have each other’s backs. Me and Crystal, I wouldn’t say we’re the closest, because I was more with The Vivienne, but when I saw Laurence Fox say something about her on Twitter, I chimed in like a ton of bricks. We can argue, but if anyone else comes for my family, I’m gonna have a fucking go at them.

God Shave the Queens is now available to stream on BBC iPlayer. 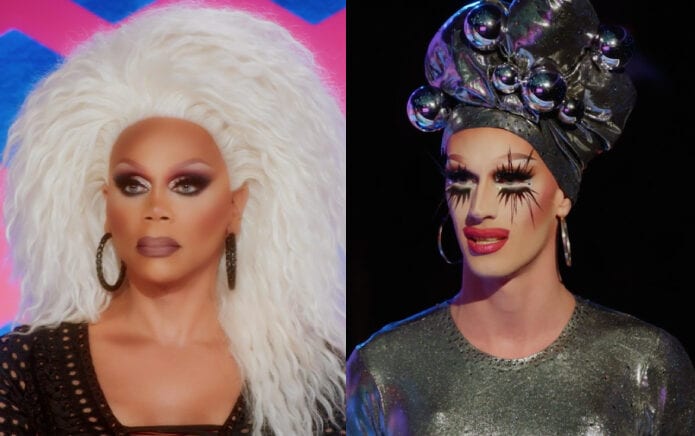 RuPaul calls out Drag Race Down Under contestant for racist past

RuPaul addressed Scarlet Adams' racist past on the main stage of this week's episode of Drag Race Down Under. 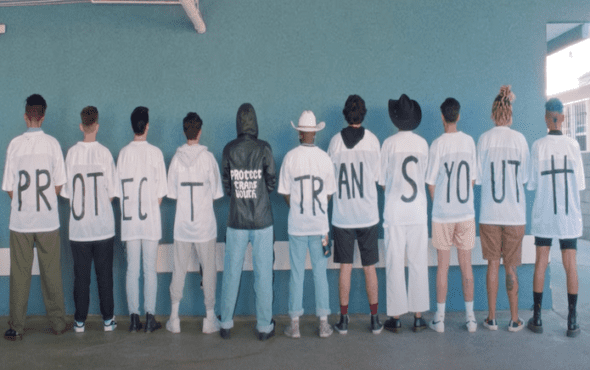 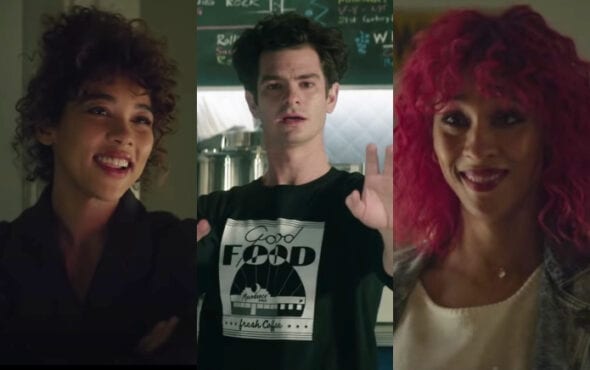