Sidney, Gale and Dewey return in first look at Scream 5 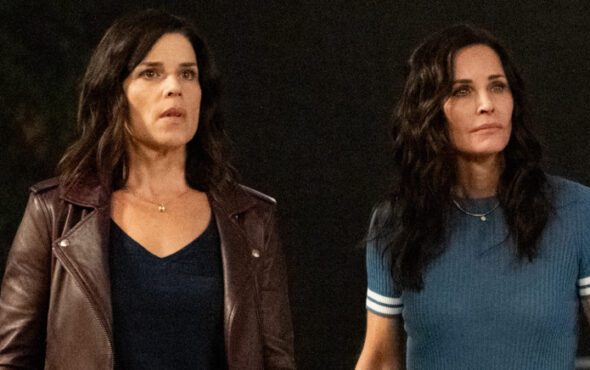 If you like scary movies then you’re in luck: the first official images from the highly-anticipated new Scream sequel is here.

Marley Shelton, who made her first appearance in Scream 4 as Judy Hicks, is also set to return.

The highly-anticipated fourth sequel was directed by Matt Bettinelli-Olpin and Tyler Gillett, who received critical acclaim for their work on 2019’s horror film Ready or Not.

Simply titled Scream, the upcoming slasher is the first in the series not to be directed by horror mastermind Wes Craven, who passed away in 2015.

Speaking with EW, Cox said she “felt extremely emotional and felt a real missing and longing for him” as soon as she walked onto the set.

“He had such [a] special, kind, and caring quality about him, not to mention his incredible talent as a filmmaker,” said the Friends star. “I looked up to Wes immensely professionally but also as a friend. I feel Wes would be so happy with the way Matt and Tyler have rebooted this franchise.”

Arquette said: “I’m not overly religious or anything, but I definitely was speaking to him, praying about it. It brought back a ton of memories of Wes, and that was emotional, you know, but it was beautiful. There were little signs. There were certain takes where the wind would blow, and, I don’t know, I just felt his energy.”

The first Scream was released in 1996 to praise and is widely credited with revitalising the once-stagnant horror genre. A sequel was released to similar praise one year later, while the 2000 threequel received mixed to negative reviews.

Check out the brand new set of photos on Entertainment Weekly’s website, as well as the incredible new poster featuring Ghostface below.

It’s Always Someone You Know. #ScreamMovie – Only in theatres January 14, 2022 pic.twitter.com/NUujkTRlY1