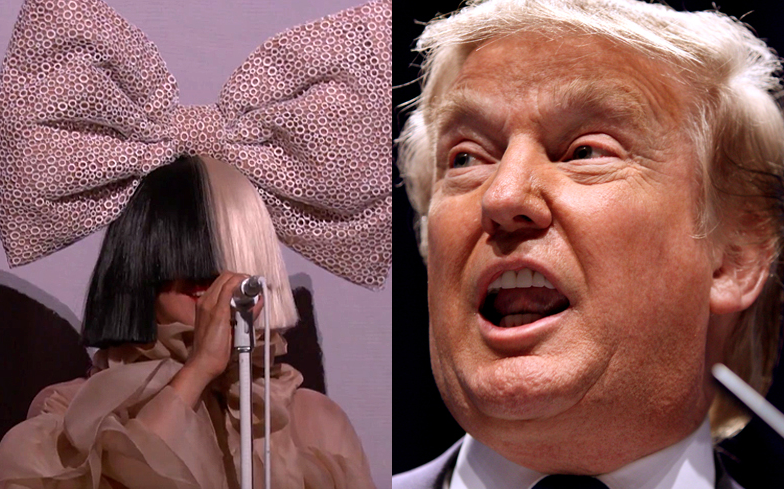 Sia told the President: “Actually, do you mind if we don’t?”

Australian singer-songwriter Sia has revealed that she refused a picture with Donald Trump, after they met on the set of popular US comedy sketch show, Saturday Night Live.

Sia appeared on the series back in 2015 and performed her critically-acclaimed pop anthems Chandelier, Elastic Heart and Alive. Trump – for some bizarre reason – was the host on the same episode.

In a recent interview with Rolling Stone, she said the US President – along with his daughter Ivanka – grabbed a moment with the star backstage and asked if they could have a photo.

Sia, who imagined the outrage from her fanbase, told him: “Actually, do you mind if we don’t? I have a lot of queer and Mexican fans, and I don’t want them to think that I support your views.”

Related: Sir Ian McKellen did not hold back when asked about President Trump.

“It was as if he viewed me as protecting my brand,” said Sia. “He respected that. I was like, ‘Thank you so much, and then I went into my dressing room and had crazy diarrhoea.”

The Titanium singer has been a longtime supporter of LGBTQ rights. Last year, she penned a love letter to the community for Billboard.

“I am so very grateful for my queer community and would have withered away long ago without them,” she admitted.

“I can without question say I wouldn’t have made it without my queer friends, both personally and professionally, and I am forever grateful to God for creating them in all their glory.”