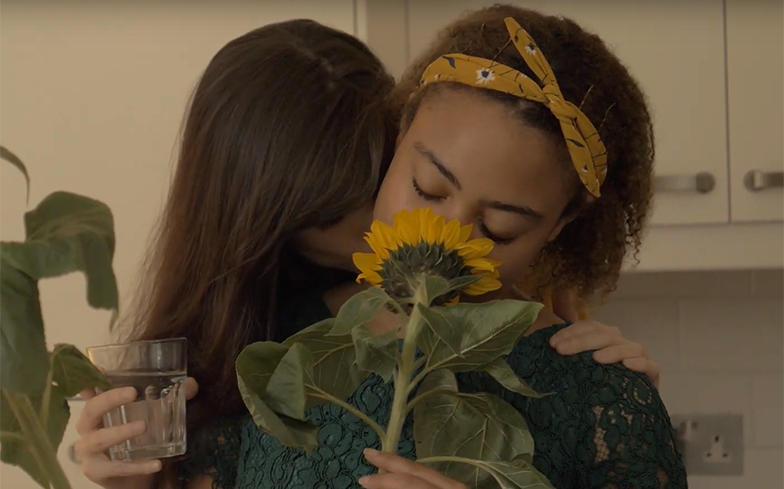 These are the lesbian short films you need to watch.

Over the past decade, Hollywood has made strides in representation with a number of groundbreaking LGBTQ stories such as Carol, Moonlight and Love, Simon, the latter of which became the first major teen film to centre on a gay protagonist.

But there’s no denying the mainstream film industry has to catch up to the diversity we see in everyday society. The short film medium, however, allows filmmakers and writers the ability to showcase untold – and more accurate – LGBTQ stories.

We’ve rounded up five of the best short lesbian films that you can watch online right now. As is the case with most of our film features, we’ll be updating this list over time – let us know if we’ve left out one of your favourites!

This four-minute short film is set in the early 1900s and centres on a lesbian couple who are torn between their love and society’s perceptions of homosexuality. Do they stay together despite what others will think? Or do they conform to what is expected of them? It’s wonderfully acted – and heartbreaking, at times – and allows us to reflect on how far LGBTQ rights have progressed since.

With over 1.2 million views on YouTube so far, Say You Won’t Let Go has massively resonated with queer viewers because it has two Latina women at the forefront – which is a rarity in this industry. “My little gay heart cannot take this level of cuteness,” said one YouTube user while another opined: “This is so beautiful, and relatable, and just so real.”

Written and edited by Tessa Kennedy, Sunflowers is entirely spoken word and tells the short – but sweet – story of an interracial lesbian couple, Carrie (Rebecca Graham) and Lily (Tessa Kennedy). It’s intensely poetic and beautiful and is a massive breath of fresh air – there’s zero conflict and it’s just all love.

Released earlier this year to acclaim, Unaligned focuses on the romance between a 20-year-old college student and her former caretaker. It’s steamy and heartbreaking at the same time, and somehow manages to tell a well-crafted story within 29 minutes without feeling too crammed. It’s a must-watch.

Directed by Braxie Jacobson, Warmish follows two girls, Parker and Ellie, who reconnect after a year apart and want to take their relationship to the next level – but are unsure how. The short film has racked up over 14 million views on YouTube so far and has been commended by audiences for providing a realistic portrayal of a lesbian romance. Some are even clamouring for a sequel…