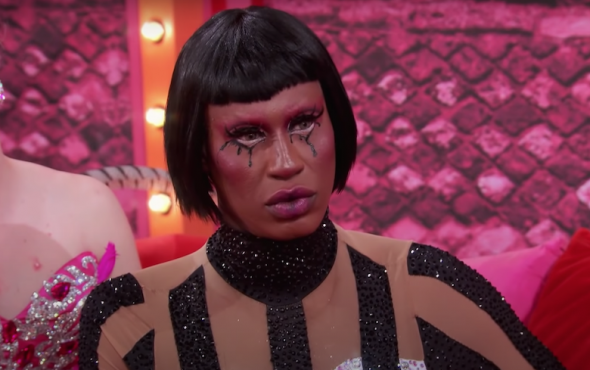 “If there were shady dealings, if there was stuff going on, it will eventually come out.”

Shea Couleé has revealed why she spared Alexis Mateo from elimination.

On last week’s drama and conflama-filled episode of Drag Race All Stars 5, Alexis was accused by her season three sister, India Ferrah, of ‘campaigning’ for Shea to sashay away with the competition – which she vehemently denied.

After winning the showdown against lip-sync assassin Vanessa Vanjie Mateo, Shea ultimately voted to give India – who had been in the bottom for four consecutive weeks – the chop. In this week’s preview, Shea explains her decision.

“I got really close to picking your lipstick. I’m not gonna lie,” she tells an emotional Alexis. “This imagery that India created in my head of you going to all the girls in secret, telling them to pick my name, it really shook me.

“But even though there were doubts, it wasn’t reason enough for me to send you home.”

Alexis admits that she’s “embarrassed about the whole situation” and is hurt by India’s actions because she treasured their friendship. “This was like, a desperate moment for her to stay in the competition,” she tells the queens.

The star then continued to deny India’s claims. “Shea, did I think you were competition? Yes. Did I campaign against you? No. I know how voting works. If I wanted you to go home, I needed to talk to all of you.”

Shea adds: “One thing growing up that my dad always said, ‘Whatever is done in the dark will come out into the light,’ and if there were shady dealings, if there was stuff going on, it will eventually come out.”

The next morning, RuPaul sashays into the werkroom and ruveals this week’s maxi-challenge: to fire up the grill and join RuPaul’s family for the Charles Backyard Ball, where there will strut down in the runway in two sizzling looks.

Bebe Rexha will make her judging debut alongside RuPaul’s sisters Rozy and Renae.