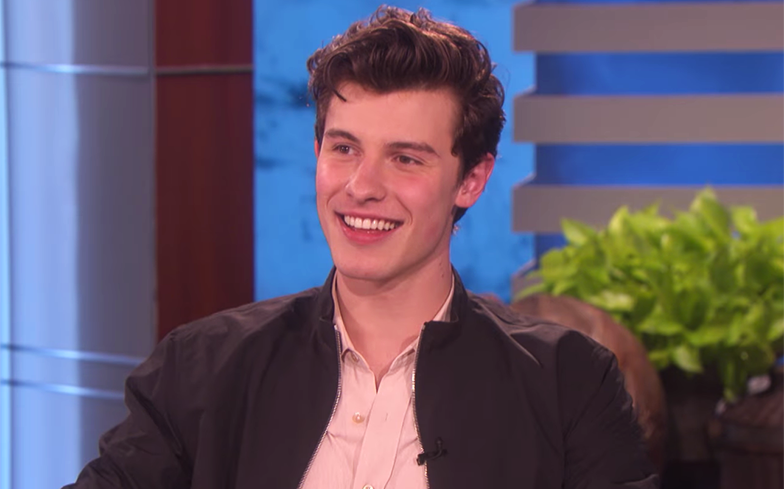 Shawn Mendes has finally addressed rumours about his sexuality.

The Canadian singer-songwriter opened up about the constant speculation that surrounds his private life, and the “massive thing for the last five years” about him being gay.

In an interview with Rolling Stone, Shawn said of the rumours: “I’d like to say I don’t care about it, but that’s not true.”

Shawn admitted that memes and jokes on the internet about him being closeted, as well as constant analysis from fans about his feminine gestures, has led to him rewatching interviews to evaluate his mannerisms.

Rolling Stone revealed: “He’ll [Shawn] see an anonymous stranger comment on the way he crossed his legs once and try not to do it again.”

Because of scrutiny from fans and the press, Shawn explained: “In the back of my heart, I feel like I need to go be seen with someone — like a girl — in public, to prove to people that I’m not gay.

“Even though in my heart I know that it’s not a bad thing. There’s still a piece of me that thinks that. And I hate that side of me.”

Last December, Shawn decided to read all the YouTube comments about his sexuality.

“I thought, ‘You ****ing guys are so lucky I’m not actually gay and terrified of coming out,’ ” he recalled.

“That’s something that kills people. That’s how sensitive it is. Do you like the songs? Do you like me? Who cares if I’m gay?”

Shawn later mentioned a text from fellow pop star Taylor Swift. In the message, she asked Shawn if she could upload a video that was taken of them from her Reputation tour.

The video saw Taylor and Shawn backstage, while Taylor applied glittery makeup to his face. He told her it was fine, but woke up in a “cold sweat” later that evening.

However, Shawn explained that as a child, he would apply makeup to his face to make his parents laugh.

He also grew up with 15 female cousins, “braiding hair and painting nails. Maybe I am a little more feminine — but that’s the way it is. That’s why I am me.”

When Shawn’s critically-acclaimed single In My Blood was released back in March, he attended a screening of Love, Simon -the first major-studio teen rom-com to feature a gay protagonist.

During the film, Shawn experienced a panic attack and left early. When he opened up Twitter, he saw message after message from people who related to the song, and stayed up until 3am reading the comments.

“I broke down in my hotel room,” he revealed. “I started crying, and I was just like, ‘This is why you talk about shit that actually is real.’ I was like, ‘God, don’t ever fucking question the feeling of writing the truth again.’”