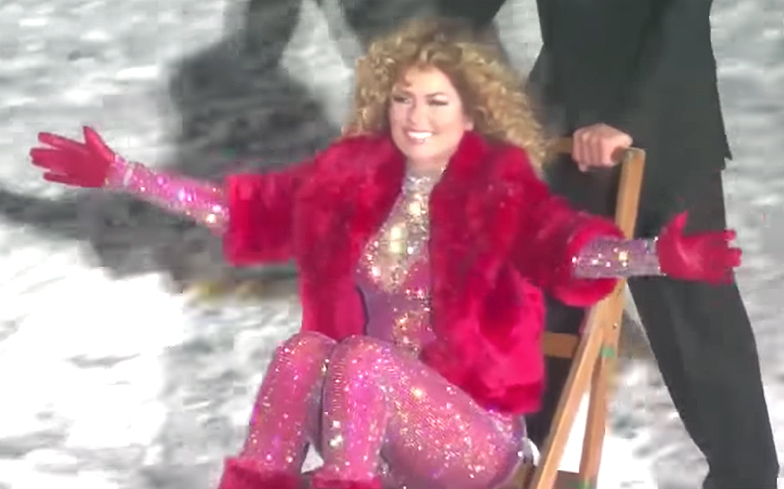 Not even the snow can stop Shania Twain putting on a fantastic show!

The best-selling country star of all time gave a special performance for the halftime show at the Grey Cup in Ottawa, Canada on Sunday night, and she fully embraced her home country’s traditions by arriving on a dog sled.

Yes, that’s a dogsled bringing Shania Twain to the stage for the #GreyCup halftime show. Oh my. pic.twitter.com/pjFXrAOUge

Shania went on to perform a trio of songs for the crowd of over 36,000 football fans, including her signature tracks That Don’t Impress Me Much and Man I Feel Like A Woman.

She also treated the audience to a rendition of her latest single Life’s About To Get Good, taken from her first new studio album in over 15 years, Now, which was released to much anticipation earlier this year.

Despite the freezing cold temperatures, Shania put on an epic performance and sounded pitch-perfect.

“I can barely even speak properly when it snows and it’s that cold outside. Amazing job!” wrote one fan on YouTube.

Watch the brilliant performance below.