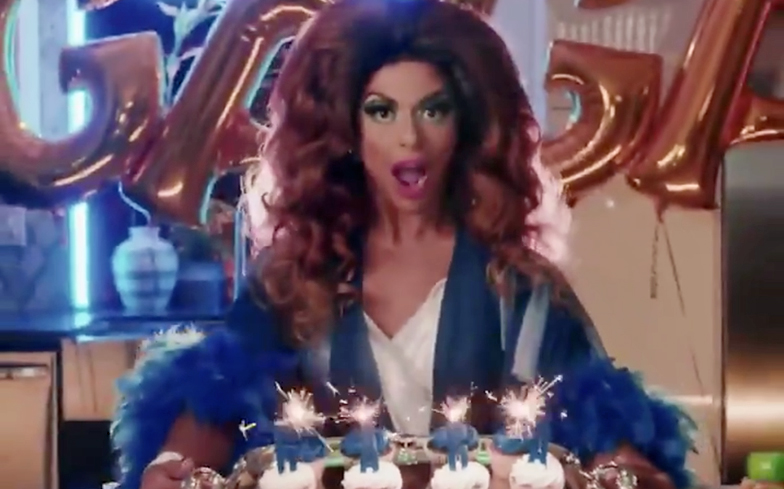 Lady Gaga’s performance at Super Saturday Night is shaping up to be epic.

Held the night before the Super Bowl – which Gaga headlined herself three years ago – the annual concert extravaganza will be streamed live on Twitter by mobile carrier AT&T on Saturday 1 February at 11pm EST.

As fans eagerly await the sure-to-be show-stopping performance (which will hopefully feature a performance of her recently leaked track Stupid Love), AT&T have teased what’s to come with an advert starring Drag Race legend Shangela.

The teaser sees Shangela celebrate all things Gaga as she chants “Gaga live, halleloo!” over a disco-pop beat, before declaring, “We’re gonna watch,” with a finger snap. Number one smash hit incoming.

Previous performers at Super Saturday Night include Taylor Swift, Rihanna, Jennifer Lopez and Beyonce, so fans are definitely in for a big show.

“I’ve had some incredible experiences performing at the Super Bowl, and am very excited to join the party again this year headlining AT&T TV Super Saturday Night,” said Gaga.

Shangela and Gaga recently starred alongside each other in hit movie-musical A Star Is Born, so hopefully the drag icon will make an appearance alongside Gaga on stage.

Related: Lady Gaga gave an update on her new album in an interview with Oprah