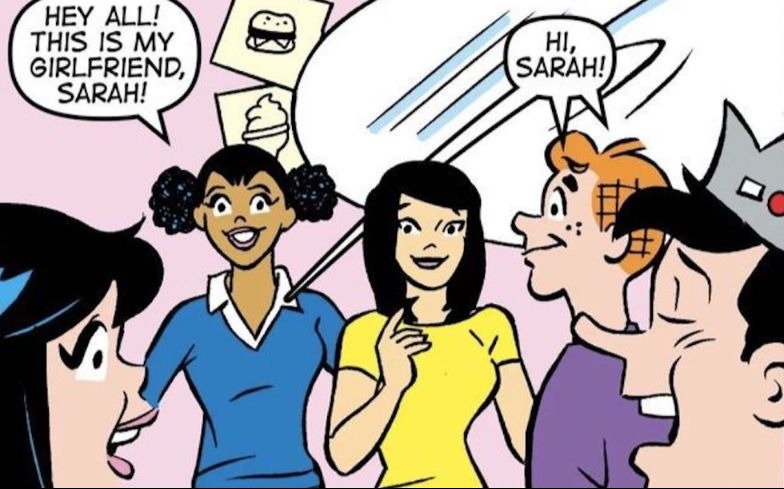 And the characters were all accepted in heartwarming circumstances.

For National Coming Out Day, Archie Comics teamed up the It Gets Better project to launch the hashtag #ABetterUniverse. In this universe, several characters within the Archie Comics world come out to their classmates, Archie, Veronica, Betty, Jughead and their friend Kevin Keller.

In a statement, It Gets Better wrote: “The comic series, #ABetterUniverse, demonstrates 5 different ‘coming out’ scenarios in Riverdale where young people are doing the right thing by fostering a supportive and nurturing environment for LGBTQ+ youth.

“We hope this series inspires people to create the world or universe they want to live in.”

They added: “It’s our vision that in the future all LGBTQ+ people will be free to live equally and know their worthiness and power as individuals.”

In one of the comics, Betty sees a female friend texting someone, and asks if she’s texting a boyfriend. When the girl responds that she’s actually texting her girlfriend, Betty says: “Well all I have to say about this is… when do I get to meet her?”

Another set of comics see Kevin approach a trans student and address her with her deadname unaware she has changed her name. She lets Kevin know she’s changed her name, before confiding in him that he’s the first person she’s told, and he thanks her for placing her trust in him. Another comic sees a student, Brian, tell Kevin that they now identify with they/them pronouns.

The next comic has a student telling Veronica he plans on asking someone to an upcoming school dance. When Veronica asks for the girl’s name, the student says it’s actually a guy he’s into, Brad from math class. Veronica then offers to help the student accessorize to help get his attention.

The final comic focuses on a bisexual character, who first introduces Veronica, Jughead and Archie to her boyfriend, Jeff. A later scene shows her introducing the same people to her new girlfriend, Sarah, and she is met with the same reaction both times.

All five of the heartwarming Archie Comics celebrating Coming Out Day can be found here.

Related: A definitive list of every LGBTQ character in Riverdale