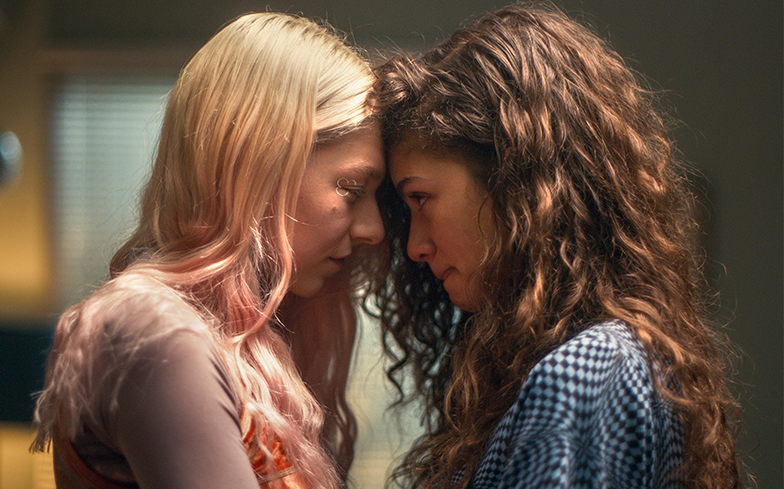 This is the representation we’ve been craving.

The first season of Euphoria has just finished airing its debut run to widespread acclaim, with particular praise aimed at the show’s nuanced, queer characters and representation of the modern LGBTQ experience. In celebration of the show’s success (it’s been renewed for a second season!), we’ve listed seven reasons why Euphoria is one of the most groundbreaking LGBTQ shows out right now. While each character in Euphoria brings their own individual complexities to the show, the way in which queer people’s identities is examined is groundbreaking because being queer isn’t their main character trait. Each LGBTQ character has their own battles to fight, and their sexuality or gender identity is always shown as secondary to their plight: never the cause of it. The danger of queer repression.

Just because queer characters are being shown accurately doesn’t mean they live in completely rainbow-washed happiness. Far from it. Two of the main antagonists, Nate and his father Cal, are demonstrations of the dangers that LGBTQ repression and fear can be as they both grapple with their sexual confusion in different ways – be that statutory rape, or violence.

The impact that trauma has on a queer person’s trajectory.

Jules is one of the most complex characters in television history – and not because she’s trans. At the start of episode four, we’re given a glimpse into her early life pre-transition and witness how her traumatic experiences lay the blueprint for the self-destructive behaviour she now indulges in. Elsewhere, we see Nate struggling with his sexuality after being exposed to his father’s illicit pornography collection from a young age.

Non-binary people are among the most misunderstood and misrepresented individuals within the LGBTQ initialism, so to see main character Rue reject gender expectations when it comes to her style without any resistance from those around her feels refreshing. What started as a fan theory was later confirmed by the show’s costume designer, and then by Rue herself in the season finale: “I just don’t feel comfortable in a dress.”

The lack of importance placed on labels.

Throughout the first season, we see each character’s relationship with those around them chop and change drastically. In other shows, these changes would be signposted with bizarre couple names and changes in the way the characters were portrayed. Euphoria shows the way that modern young people are moving further and further away from typical labels when it comes to their relationships. One minute we’re friends, the next we’re fucking – this is a reality that many queer people can identify with.

While arguing with a repressed Nate about his sexuality, his girlfriend Maddie flat out says, “Sexuality is on a spectrum!” This educated understanding of the fluid nature of sexuality and gender identity runs as a lifeblood throughout the entire show, with young people and their parents alike demonstrating enhanced perceptions of modern queer terminology and politics.

Parents who are actually supportive.

One of the most common tropes of queer representation in fiction is the separation of LGBTQ people from their biological families due to a lack of acceptance. While this is a sad reality for many in our community, Euphoria leads the way in showing parents who actually support their children regardless of their sexuality or gender identity.

Euphoria season 1 can be streamed on HBO or on Sky Atlantic.