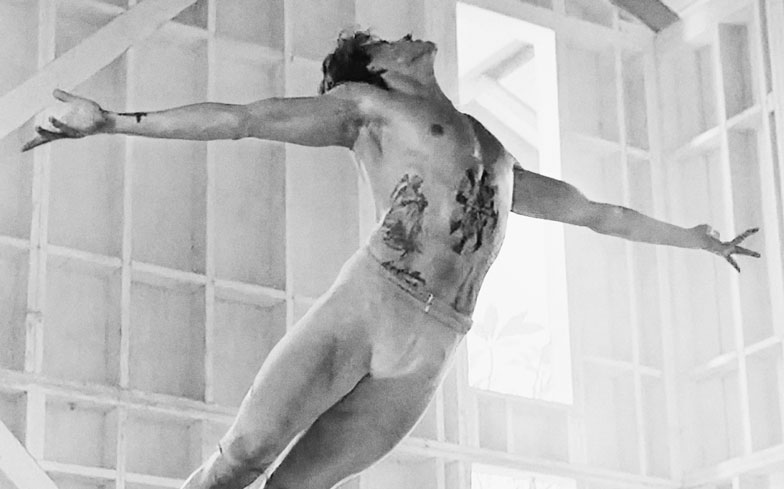 The world-famous ballet star sent the empowering message of self-confidence ahead of his Project Polunin’s Satori opening at the London Coliseum this week.

“You have to get the vision and you have to grab it,” he told Gay Times of how his confidence and belief in himself fought insecurities throughout in his life.

“It’s a game to try and shorten the time to get it, but you’ve got to always be determined because if you truly want something, there’s no way you cannot get it. The worst thing is to make excuses to why you can’t get it, and ego will be strong in protecting you from being hurt.

“Having an ego doesn’t mean you thinking you’re the best, it’s about it maybe telling you to ‘not go there because they might say ‘no’ or hurt you’. I’ve had this fear and still have this fear, but I have to be brave to succeed. Every time you go anywhere new, you have to be brave – it’s about not thinking about it and just going for it!”

Related: Paloma Faith: People tell me to be careful not to “end up” with an LGBTQ child

Sergei applying the theory of self-worth to his recent breakout into Hollywood movies – a chance that finds him alongside Dame Judi Dench and Johnny Depp in Murder on the Orient Express. It’s a movie that almost didn’t happy due to his own insecurities.

“I almost didn’t take this big step for the movies as I was scared to fail, and that would crush my dreams,” Sergei begins in reference to temporarily stepping away from ballet and onto the big screen. “They will say ‘no’ but I had to be brave and go there!”

With Satori’s opening almost upon us, the ballet superstar dismisses any suggestion of gender roles – insisting that you can choose your own destiny and life choices – including that of boys and ballet.

“I had a lot of respect when I was a kid for doing ballet in Ukraine in my yard,” he begins – a seeming polite middle finger to that of closed minds and insisting gender roles with society.

“I went and the teacher said that ‘if you’re good at this then this is a man’s job’, and if not then leave it and try something else. I always thought doing ballet was a manly thing to do and it was. I had that confidence to believe in me!”

Sergei hopeful that audiences’ time in the arms of Satori awaken a youthful sprit that’s true to their childhood.

“I’m hoping it will awaken a trust essence in them and they will come back feeling as they were as a kid. How they should be as true as when they were kids. I’m hoping people can go backwards in a way because I think that’s the truest.”

More information on Satori can be found here.

The Fashion Awards 2020 honourees have finally been announced