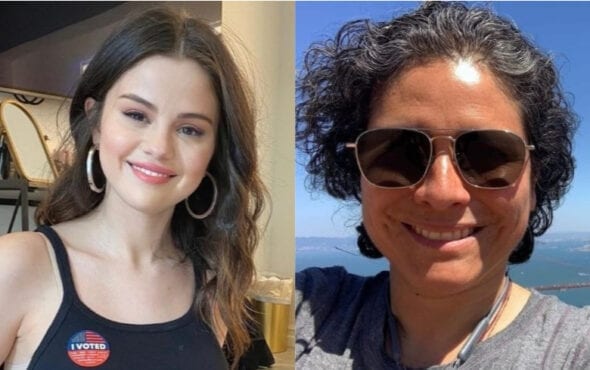 Selena Gomez has been cast as Silvia Vasquez-Lavado in the upcoming biopic, In the Shadow of the Mountain.

It’s been announced that Selena Gomez has been cast as the historic mountaineer, Silvia Vasquez-Lavado in an upcoming biopic based off of Silvia’s upcoming memoirs of the same name. Selena will also serve as an executive producer for the project.

Although mainly known for her successful music career, Selena has plenty of acting experience, starring in The Wizards of Waverly Place and the Hotel Transylvania franchise.

Silvia Vasquez-Lavado was the first Peruvian woman to climb Mount Everest and the first openly gay woman to complete the Seven Summits Challenge, a mountaineering challenge to climb the highest peak on every continent.

The Hollywood Reporter reports the film will be produced by Scott Budnick’s co-finance company, One Community, and Donna Gigliotti, under her Tempesta Films banner. Donna won an Oscar for Best Picture for the 1998 film Shakespeare in Love.

Elgin James, the writer and director for Little Birds, has also been recruited to write and direct the film.

Donna praised Silvia’s story, with the mountaineer having been a victim of childhood sexual abuse. She also arranges treks to Mount Everest’s base camps for women who have endured abuse with her Courageous Girls organisation.

Speaking about Silvia, Donna said: “Silvia is a force of nature. Scott and I are so excited to work with Elgin and Selena to tell this story of resilience, courage, adventure and humanity.”

Budnick added: “We are thrilled to get to work bringing Silvia’s incredible and inspiring story to life onscreen.”

Silvia praised the work of those involved, writing on Instagram: “I am so humbled and grateful to share this thrilling news, which has been in the works for the last 10 months, that an all-star team has optioned my upcoming memoir In The Shadow of the Mountain for a movie adaptation.

“I am so honored and touched for the bold, talented, and brilliant @selenagomez in taking the starring role and as producer; To her incredible team @zackmorgenroth and @aleenkeshishian; Grateful to have the groundbreaking visionary #DonnaGigliotti and her Tempesta films involved; For the talented @elginnjames on the helm for screenplay and direction; And the support of @onecommunity films led by the trailblazer @scottbudnick1 and @lauren_denormandie.”

Although Silvia praised Selena’s casting, some expressed their disappointment in a gay role going to another straight actress. “But Selena isn’t gay,” wrote one. “I wish they would give unknown LGBTQ actors a chance at playing such a defining role.”

The film currently doesn’t have a release date, but Silvia’s memoirs are expected to be published in winter 2022.