See Lady Gaga and Madonna reunite after the Oscars 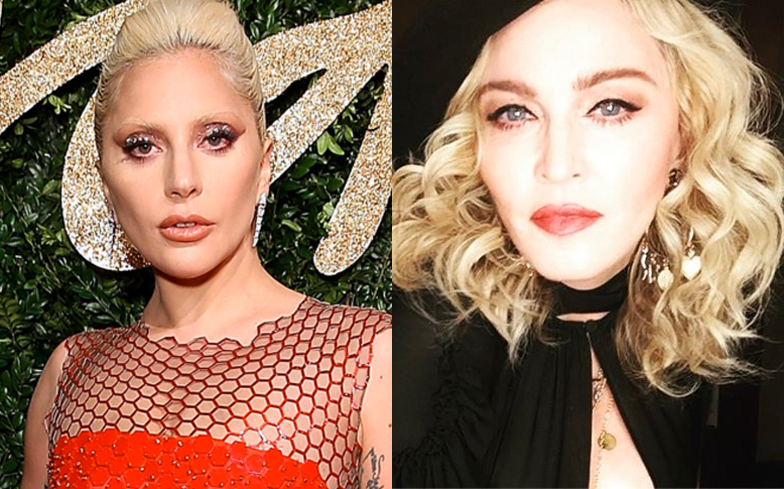 Lady Gaga and Madonna made their long-awaited reunion after last night’s Oscars ceremony.

The two were pictured at Madonna’s annual post-Oscars party by TIME magazine, and to be quite honest, they’ve never looked so friendly with each other (!). In the photo, Gaga can be seen clutching onto her trophy as she’s embraced in the arms of the pop icon.

Fans were quick to proclaim how gagged they were on social media, because the performers have had a rocky relationship in the past. Back in 2011, when Gaga released the title track from her second studio album, Born This Way, Madonna noted the similarities with her track Express Yourself, and called her “reductive”.

A few years later in Gaga’s documentary Five Foot Two, she mentioned their feud and told audiences: “I’m Italian and from New York, so if I have a problem, I’m gonna tell you to your face. She wouldn’t look me in the eye and tell me that I was reductive or whatever.

“Telling me you think I’m a piece of shit through the media? It’s like a guy passing me a note through his friend.”

However, she did add: “So the thing with me and Madonna, for example, is that I admired her always. And I still admire her, no matter what she might think of me. I just want Madonna to push me up against the wall and kiss me and tell me I’m a piece of shit.”

So has their feud been squashed? Are we finally going to get that collab? See the best reactions from Twitter below.

Madonna realizing she shouldn't compete with Lady Gaga anymore so she finally makes peace and we finally see a piece of heaven.

Now who's ready for a damn collab? pic.twitter.com/SIqu7qy2ov

Forget North Korea, China and the rest: THIS is the peace summit for the ages. @ladygaga @Madonna #ladygaga #madonna #peace #Oscars pic.twitter.com/8G3HfJqmZp

Madonna and Lady Gaga coming together on Oscars night makes me so happy. Two of the worlds most talented women who I love and respect, embracing and supporting each other. I’m here for it. pic.twitter.com/73qY9R1Ntp

Lady Gaga and Madonna at the latter’s #Oscars after party last night. World peace has been achieved. pic.twitter.com/AyWn93EC2o

A historic pop culture moment right here – Madonna and Lady Gaga come together on #Oscars night. This makes me so happy! 📸 JR for TIME https://t.co/DsThzECJ02 pic.twitter.com/FzD97XN4Gg

Lady Gaga and Madonna at the Oscars after party. It happened. We stan pic.twitter.com/EtPJFJH4Bh

Hell has frozen over I am so ready for the Madonna and Lady GaGa duet! ❤🥂🍾😎 pic.twitter.com/vj4fbf1G1L

During the ceremony, Lady Gaga won her first ever Academy Award for Best Original Song, for her collaboration with Bradley Cooper, Shallow.