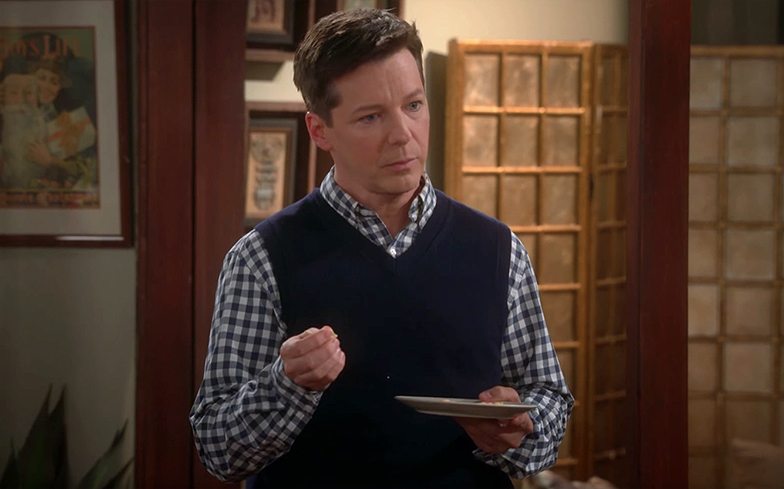 When Sean Hayes came out to his mother, it didn’t quite go as planned.

In the recent reboot of NBC’s award-winning sitcom Will & Grace, Sean’s character Jack rescues his grandson from a gay ‘conversion therapy’ camp, but it turns out the actor could have had a similar experience in real life.

“I kept it hidden, the fact that I was in high school plays, from my brothers and my family because this is 1986, being gay then was different,” he told People.

“I kind of knew I was, but not quite yet. I associated, like society taught me, that theatre was for gays, and it was for sissies, and things like that. Things that you were taught to be ashamed of.”

When he did finally come out to his family at the age of 18, the reaction he get was far from positive.

“It was 1988 when I came out,” he continued. “It’s so cliché that it was during Thanksgiving weekend. My mom said I needed to go see a therapist. She wrote me a 10-page letter, both sides on legal pad size paper. ‘This is not what God…’ You know, the whole uneducated view of it.”

Fortunately, Sean’s mom eventually changed her mind with a little help from some fellow gay men.

“She became educated and had friends who [were] gay people,” he added. “She was like, ‘Oh, I see. You’re just like me,’ and all that. It became fine and wonderful, and then she became so supportive and awesome.” After an 11-year absence, it was announced last year that Will & Grace would make a comeback with all four main cast members – Eric McCormack, Debra Messing, Megan Mullally, and Sean Hayes – set to return.

Before the reboot even began airing in the United States, NBC had increased the new season from 10 episodes to 16 episodes, and ordered a 13-episode follow-up season, cementing their faith in the show.

As well as winning 16 Emmy Awards during its eight seasons, the show is credited as leading the way for LGBTQ representation on TV, featuring the first openly gay lead characters on a primetime US network series.

You can watch new episodes Will & Grace in the UK on Channel 5.