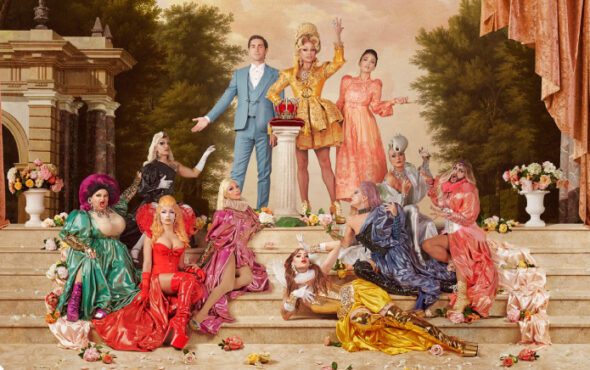 ​​Drag Race Italia, the next international iteration in the Emmy Award-winning franchise, has released the cast for season one and its air date.

World of Wonder have announced that the first season of the Italian spin-off will sashay onto WOW Presents Plus for UK watchers on 18 November this year at 11pm.

The show is hosted by the drag queen Priscilla, who is a Naples native, though has resided in Mykonos, Greece. In 2017, Priscilla performed on the Greek instalment in the Got Talent franchise, Ellada Eheis Talento.

Priscillia is joined on the judging panel with actress Chiara Francini and TV personality Tommaso Zorzi.

Eight queens will compete for the title of Italy’s First Drag Superstar. WOW Presents has shared the cast for the upcoming season, and you can check out their bios below. Ciao Bella!

“There are two souls in Ava: the light of day, represented by “frivolity and willed stupidity,” referring a lot to the image of women, who in the 1950s were sometimes forced to subdue their intelligence so as not to annoy men; then, the devil of the night, the one who still manages to try, “with a mermaid dress like that actress who is brought to dinner by the great film producers hoping for a part in who knows what film.” Ava, is the staid part of Riccardo, who, when not in drag “counts up to 5 before speaking, and never swears.” By being “a reassuring drag queen, a sweaty soubrette who does not scare people,” she manages to make herself feel heard.”

“Divinity is the drag queen who brings Neapolitan pride to Drag Race Italia. “I think drag is a set of arts.” A passion that she discovered in the Canaries admiring the performance of a beautiful drag Queen, “then, from passion it became a real job. I started experimenting with makeup, heels, wigs and putting on real performances – performances that have led me to win numerous national competitions and today I am Miss Drag Campania.” Divinity continues to experience more and more the artistic side of her, which she wants to make known. She has many ambitions, and so many desires for redemption from her childhood and a difficult adolescence. With her detail-oriented outfits, perfect make-up, and sparkling clothes, Divinity is a very special drag Queen with Neapolitan soul and flavor.”

“Elecktra Bionic is beautiful, measured and elegant. Her warm voice surrounds those who listen to her speaking. Nine years ago she started going to the most colorful clubs in Turin. She remembers that there were so many beautiful drag Queens and she thought, “one day I’ll be there too.” And so it was. An undefined beginning, the search for a look and a character that led her to various paths until she arrived at her drag persona today “which fully reflects me: a well-groomed, well-dressed and super fishy woman.” Her obsession is in the details and, above all, “I never fall into vulgar or ridiculous.” She is junoesque, being over 6’6 with heels; so she looks down on her competitors, literally. “I certainly am not afraid of anyone because I am a formidable opponent in every context” she says. Always ready to take a seat in the game, she is not afraid of the years that pass, saying, “maybe I’ll wear a more vintage look but, as long as I have a message to convey and emotions to give, I certainly won’t put heels and glitter away in the closet.” Meanwhile, her strong points, according to her, are her facial expressions and juggling on stage.” 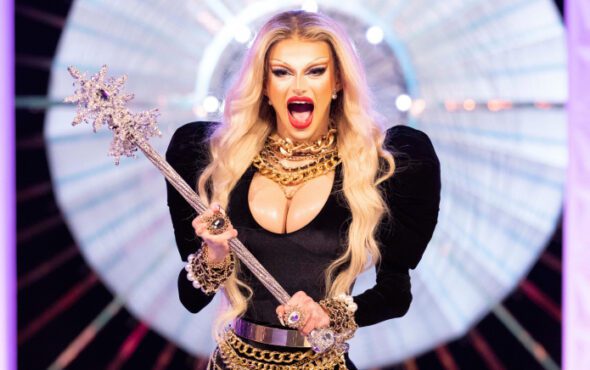 “Enorma Jean is the oldest of the cast of Drag Race Italia. It is precisely her being a slightly snobbish Milanese “sciura” that distinguishes her. “It is certainly not the dress that makes me a drag Queen. Rather my being an artist who wants to bring a story to the stage.” Gray hair is a habit which she reluctantly renounces and the desire to want to surprise, always and in any case, is what interests her most. “Because I know that, for reasons of age, I certainly cannot count on my body.” And perhaps it is even more difficult to put at stake when many young beauty queens have appeared in the drag scene and “it’s not that I’m going to look for the fight but the blood of the Neapolitan vaiasse and Sicilian sciarrere flows in my veins. So don’t come and touch me because in hindsight it’s a bit of a brothel.” She is definitely a comedy queen, and an actress who wants to make cinema and theater but doesn’t want to be labeled.”

“Seamstress, costume designer, dancer – Farida Kant is a very complete drag queen. “The magic, the beauty, the eccentricity that does not belong to earthly life. A dream: you see it and find yourself in another world, like going to wonderland.” Certainly a formidable opponent for the other competitors, she says, “who knows where they will go if I won’t be the one to make their clothes?” With her looks, her dancing, her looks, and her theatricality that fills the stage, she is fierce and ready to fight. “Sisterhood is important, a value to be respected, but when there is competition between them they are ready to unsheathe claws and more.” An irritating drag queen, who certainly does not try to reassure the public, on the contrary, when she can, she likes to tease until she seeks the most unexpected reactions.”

“Imposing and funny, with a past in opera singing (her love for Maria Callas is immeasurable), she has an eye to the past and her hands sew dresses that wink at Haute Couture. She is a drag queen who takes care of everything down to the smallest detail, and leaves nothing to chance and creates characters who have a soul. She is sincere, outspoken, and doesn’t mind saying which colleague she doesn’t tolerate, because she loves “always saying what she thinks.” Ivana Vamp on Drag Race Italia is a hurricane of sympathy and an example of great class and talent.”

“Le Riche is Drag Race Italia’s muscle queen. She was born in Palermo, and has lived in Rome for years, where she is the resident drag Queen of one of the most famous LGBTQ+ clubs in Italy: Muccassassina. Thanks to the sequins of her colorful dresses, which she makes entirely by herself, her variety of wigs and many outfit changes in the same performance, Le Riche loves to amaze audiences every time she’s on the stage. The best moment of her life (not in drag) was on January 12, 2012 when she saved herself from the Costa Concordia sinking.”

“”I am the highest paid drag queen in Italy,” she repeats. She is “blonde by choice and not by birth” who manages to surprise with her performances and looks. Confident of herself when she is on stage, Luquisha moves without fear even among the most fearful colleagues.”

Drag Race Italia will air weekly from Thursday 18 November at 11pm GMT, exclusively on the streamer of all things drag, WOW Presents Plus. Subscribe via https://uk.wowpresentsplus.com/ or sign up for a 7-day free trial now.