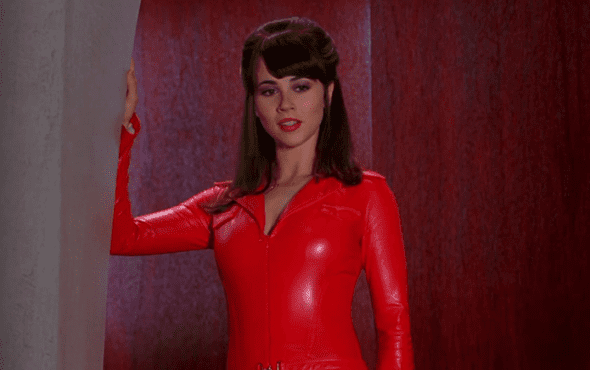 Velma’s sexuality was “watered down” by the studio. What a surprise!

Scooby Doo writer James Gunn has revealed that Velma Dinkley was originally supposed to be portrayed as “explicitly gay” in the films.

The filmmaker, who went on to receive widespread acclaim for directing Guardians of the Galaxy and its follow-up, wrote the screenplay for the beloved 2002 live-action version of the Hannah Barbera cartoon and its 2004 sequel, Monsters Unleashed.

Both blockbusters starred Sarah Michelle Gellar (Buffy the Vampire Slayer) as red-headed fashionista Daphne Blake, Freddie Prinze Jr. (She’s All That) as strait-laced leader Fred Jones, Matthew Lillard (Without a Paddle) as cowardly slacker Shaggy Rogers and Linda Cardellini (Dead to Me) as Velma, the brains of the group.

During a recent Q&A on Twitter, a fan asked Gunn if he could “please make our live-action lesbian Velma dreams come true,” to which he responded: “I tried! In 2001 velma was explicitly gay in my initial script.

“But the studio just kept watering it down & watering it down, becoming ambiguous (the version shot), then nothing (the released version) & finally having a boyfriend (the sequel).”

In a 2002 interview, Gellar admitted that she and Cardellini filmed a kiss scene, which was ultimately cut from the film.

She told Sci Fi Wire: “It wasn’t just, like, for fun. Initially in the soul-swapping scene Velma and Daphne couldn’t seem to get their souls back together in the woods. And so the way they found was to kiss and the souls went back into proper alignment.”

I tried! In 2001 Velma was explicitly gay in my initial script. But the studio just kept watering it down & watering it down, becoming ambiguous (the version shot), then nothing (the released version) & finally having a boyfriend (the sequel). 😐 https://t.co/Pxho6Ju1oQ

Gunn has made his feelings for the edited version clear in the decades since, explaining on Twitter: “The movie was originally meant to be PG-13 and was cut down to PG after, like, three parents were outraged at a test screening in Sacramento. The studio decided to go a more family-friendly route.

“Language and jokes and sexual situations were removed, including a kiss between Daphne and Velma. Cleavage was CGI’d over. But, thankfully, the farting remained. I thought at the time the rating change was a mistake.

“I felt like a lot of teens came out for the first film and didn’t get what they wanted (and didn’t come back for the sequel). But today I don’t know. So many young kids loved those movies, which is pretty cool.”

The first live-action Scooby Doo was lambasted by critics but turned a major profit at the box office, earning $275 million worldwide. Monsters Unleashed was released to similar reviews. Both films are now considered cult classics.