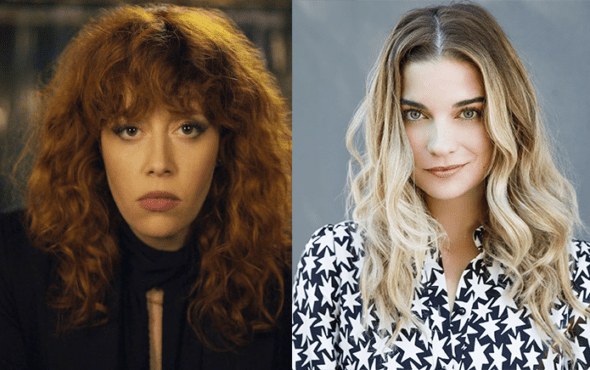 It looks like Murphy is moving from the beloved town of Schitt’s Creek to the urban jungle of New York in her latest role.

The highly praised time-loop Netflix show had been renewed for another season in 2019, however very little news about production, casting, or plot movement had been revealed, until now.

After a few months of daunting silence, Netflix confirmed Murphy had been cast for season two of Russian Doll on social media.

The Twitter post read: “What a concept: Schitt’s Creek alum, the all-around flawless Emmy-winning Annie Murphy has joined the cast of Russian Doll for Season 2!”

The popular show which has built a strong fanbase was created and executive produced by  Amy Poehler, Leslye Headland, and Natasha Lyonne – who plays the main character Nadia Vulvokov.

The first season of Russian Doll follows Nadia’s who, on her 36th birthday, gets stuck in a time loop where she repeatedly dies at a New York party.

Nadia soon meets Alan Zaveri (Charlie Barnett) who is stuck having to relive the same day over and over. Together, with the help of each other, the pair try to break the cycle and take control of their fate.

Natasha Lyonne confirmed the return of Russian Doll on Twitter in June 2019.

Did you get the news? 'Cause you're about to die. Season 2 of #RussianDoll is coming soon! pic.twitter.com/keE0gN35I8

You can watch the trailer for Russian Doll here or below: