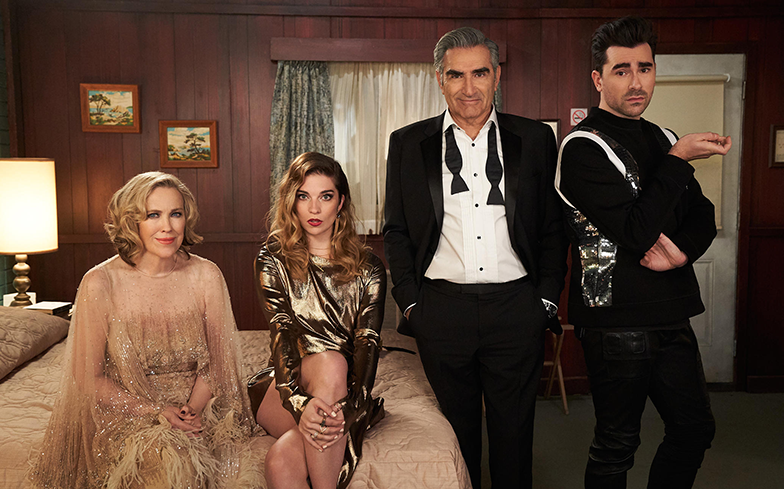 We’ll be saying goodbye to the Rose family for good next month.

To mark the (devastating) occasion, Pop TV have announced they will air an hour-long special immediately after the Schitt’s Creek series finale at 8pm on 7 April, titled Best Wishes, Warmest Regards: A Schitt’s Creek Farewell.

Directed by Amy Segal, the documentary will take fans behind the scenes of the acclaimed comedy series with never-seen footage of wardrobe fittings, audition tapes and obviously, that emotional finale table read with the cast.

“As we celebrate the end of Schitt’s Creek, we couldn’t do it without creating a special TV moment to send this historic series out on top,“ Pop TV president Brad Schwartz said in a statement.

“This must-watch behind-the-scenes doc is the perfect way to honor a series that has made an impact in so many people’s lives, with enduring characters and stories filled with heart, humor and honesty that will stand the test of time.”

Since its premiere in 2015, Schitt’s Creek has received widespread universal acclaim from critics and has been lauded for its portrayal of its LGBTQ characters especially Dan Levy’s character, David, who identifies as pansexual.