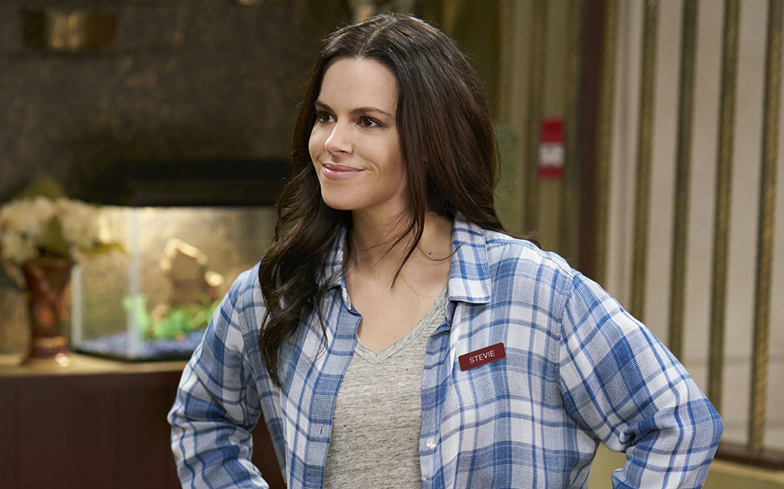 Emily Hampshire has been cast in an upcoming series from Epix.

The Canadian actress, who is best known for her role as motel clerk Stevie Budd in Schitt’s Creek, will star alongside Adrien Brody in Jerusalem’s Lot, which is based on Stephen King’s short horror story set in the 1850s.

The series will follow Brody’s character Captain Charles Boone, who relocates his family of three children to his ancestral home in the small and creepy town of Preacher’s Corners in Maine, shortly after his wife dies at sea.

Hampshire will play Rebecca Morgan, an ambitious writer who left the town to attend Mount Holyoke College, but returns to pen an original story for the “new and prestigious” Atlantic Magazine.

She becomes drawn to Boone and applies to become the governess of the infamous Chapelwaite manor to write a gothic novel based on him and his family. The series will focus on the mysteries that have plagued their families for generations.

Jason and Peter Filardi will serve as showrunners and will executive produce alongside Donald De Line. Production will commence in Nova Scotia in April and is headed for a fall 2020 premiere date.

Hampshire currently stars in the sixth and final season of Schitt’s Creek, which airs every Tuesday on Pop TV.

When we recently spoke to Hampshire for GAY TIMES Amplify, she revealed that that the iconic wine scene from the first season of the critically-acclaimed comedy helped her discover her pansexuality (watch here if you haven’t already).

“I looked at Dan, and I was like ‘What am I?’ I like a person, and I genuinely don’t care what the equipment is as long as we’re happy,” she admitted. “And he was like ‘Do you watch the show? You’re pan!’ Cut to five years later, definitely pan!”

She continued to say that star and creator Dan Levy conceived the series as a homophobia-free zone.

“From the beginning Dan was like, ‘There will be no homophobia on Schitt’s Creek, it just doesn’t exist there,’” she explained. “I think what makes the show so popular, is that especially now in America, everybody would want to live in Schitt’s Creek.”