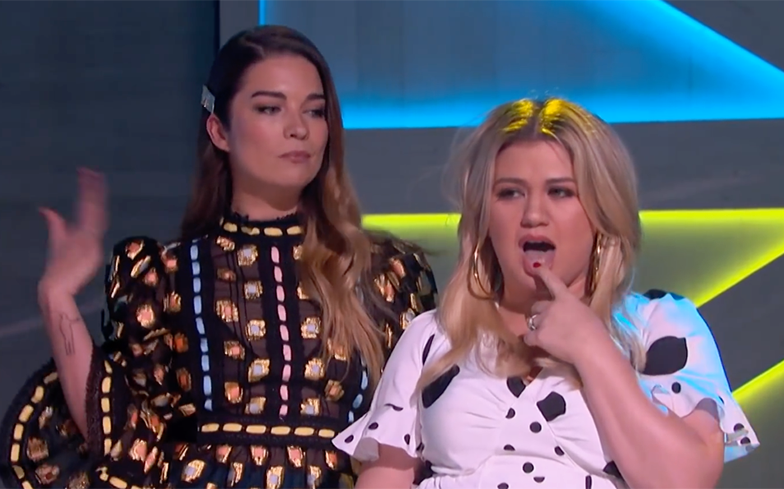 “I’m A Little Bit Alexis… and a whole lot of Texas.”

The widely renowned singer-songwriter and Critics’ Choice Award nominee appeared on the The Kelly Clarkson Show and sang the track solo, before the talk show host and reality star joined in with her own Texas-inspired lyrics.

“I’m a classic bronco, I’m on Texas time. I’m a whole lot of tipsy when I drink fine wine,” she sang, before the two teamed up for the now-iconic chorus, but remixed as, “La, la, la, la, la, la, la, A Little Bit Alexis… and a whole of Texas.”

Their duet received widespread praise from Twitter and has been hailed as the greatest (Kelly Clarkson) cover of all time.

“Kelly Clarkson singing a little bit Alexis with Annie Murphy is in fact the greatest thing I’ve ever seen,” said one fan, while another wrote: “What the world really needs is Kelly Clarkson and Annie Murphy performing A Little Bit Alexis.”

Since the song debuted in the fifth season of Schitt’s Creek, it has achieved cult status and become a massive gay anthem. It was inspired by hits from pop princesses such as Paris Hilton and Britney Spears, and was entirely written by Murphy.

When the 62nd Grammy Awards failed to recognise the song for Record of the Year, Song of the Year, Best Dance Recording and Best New Artist for Murphy, fans (us) were in uproar and their validity was brought into question (by us).

Maybe this remix is exactly what the song needs to be recognised on the awards circuit and to propel it to the top of the charts?

Murphy appeared on the latest episode of The Kelly Clarkson Show to promote the sixth – and final – season of Schitt’s Creek.

Although the Canadian comedy is currently at its peak, both critically and commercially, Dan Levy announced earlier this year that he and his father Eugene Levy were ending the show with its upcoming sixth season.

“It’s not lost on us what a rare privilege it is in this industry to get to decide when your show should take its final bow. We could never have dreamed that our fans would grow to love and care about these characters in the ways that you have.”

The final season of Schitt’s Creek airs every Tuesday on Pop TV.

Related: Moira Rose stars in first terrifying trailer for The Crows Have Eyes 3.