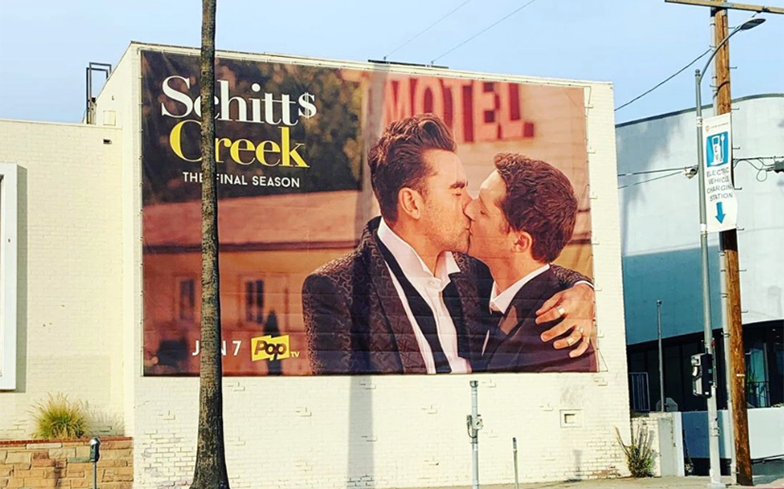 The acclaimed comedy, which stars Dan Levy, Eugene Levy, Catherine O’Hara and Annie Murphy, is returning for its sixth and final season next month, so what better way to usher in their last outing than by pissing off the homophobes?

The picture shows Dan in character as David as he kisses his co-star Noah Reid, who plays his fiancé Patrick Brewer.

“F*ck yes we did,” Dan wrote on Twitter alongside the photo. “Shine bright, friends. Very grateful for Pop TV and CBC and their support on this campaign that my teenage self would never have dreamed to be true.”

Although Schitt’s Creek is currently at its peak, both critically and commercially, Dan announced earlier this year that he and his father Eugene – who co-created the series together – were ending the show with its upcoming sixth season.

Since its premiere in 2015, Schitt’s Creek has received universal acclaim from critics and has been lauded for its portrayal of its LGBTQ characters especially Dan’s character David, who identifies as pansexual.