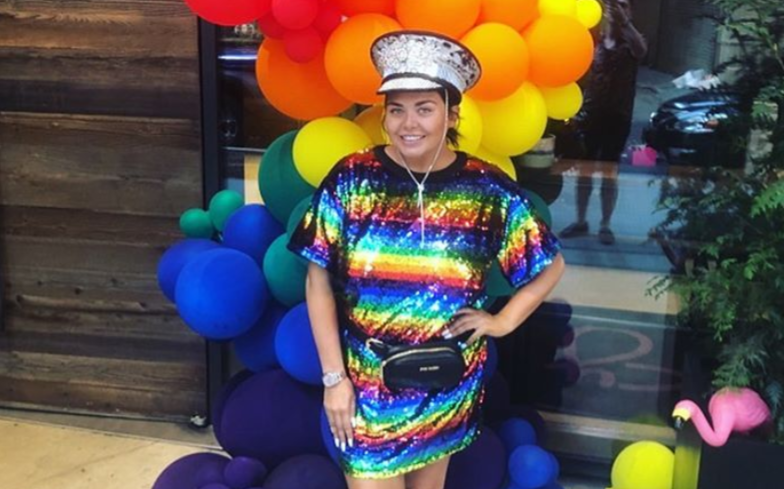 The star claimed to have been unfollowed by 7,000 people.

Scarlett Moffatt has defiantly hit out at homophobes who criticised her for attending World Pride celebrations in New York. She had traveled to show support to both the LGBTQ community and her friends.

While en route to the celebrations, Scarlett Moffatt posted a video of herself singing with Strictly star AJ Pritchard while dancing to drag queen Jodie Harsh. Following the post, Moffatt claimed to have lost 7,000 followers.

Following this, she wrote on Instagram: “Time to slightly rant: Coming to New York to celebrate world pride with my best friends and my mam. My friends who are sometimes my brothers and sometimes my sisters when they are their amazing alter ego drag queens.

“People are still losing their lives and being physically and verbally abused and outcast just because of their sexuality and it needs to STOP.

“It makes me sad that since posting yesterday about my support of the lgbt community I lost over 7,000 followers, it really upsets me at the attitudes people have.”

And in a follow-up post, she wrote: “Blocking out the haters with my rainbow sparkle.”

Both of her posts received an outpouring of support, with over 63,000 likes between them.

One person wrote: “Well said Charlotte, you’re a diamond! You might’ve lost 7000 but you’ve gained one in me just now, and I’m certain many others too. I followed you BECAUSE of your post above and what you wrote. Share the love.”

Another added: “This look is everything! And to all the haters you don’t have to be gay to show your support and love to those who are!”

After coming out as gay, rapper Lil Nas X received a lot of hate from former ‘fans’ of his. Embracing his inner online troll, the rapper gave ‘fans’ a taste of their own medicine, telling one fan he’s “gay as a joke” and only gay “on the weekends bro”.