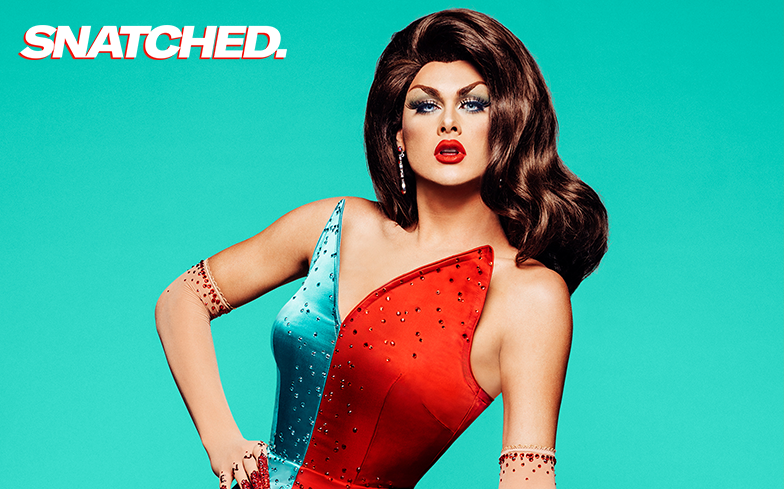 The world wants her, and the feeling is mutual.

When Mama Ru told Scarlet Envy to sashay away from Drag Race season 11, fans were pissed. The Kentucky-born performer had a challenge win under her belt, served sickening lewks week-after-week, and turnedt it the fuck out in both of her lip syncs.

Because of her surprisingly short stint, fans have called for the queen to return for the next season of All Stars.

“To get that response has been really wonderful and yes, kind of a surprise,” Scarlet tells us. “The intensity of it is what is really surprising. It is nice to hear people’s opinions, but I did not expect them to be so passionate!”

We recently caught up with the star to discuss her controversial elimination, who she’s rooting for this season, and how she feels towards Ra’jah O’Hara after the events of last week’s episode…

How are you feeling after your elimination?
I am feeling sad. I do wish I was still with my sisters but the response from fans around the world has eased it a bit. You’re the latest contestant to be labelled a “robbed queen” – how does that feel?
I stopped shoplifting years ago! [Laughs] But you know it is validating. I gave all I had to give and I am just happy that the viewers were able to notice that.

Are you surprised with the incredible reception you’ve received from fans?
I honestly am. I think that a lot of what I was doing was a defence mechanism, because I did not feel at times enough to measure up to some of the shiniest and most beautiful angels in the drag world. You don’t always believe it, so to get that response has been really wonderful and yes, kind of a surprise. The intensity of it is what is really surprising. It is nice to hear people’s opinions, but I did not expect them to be so passionate!

Ra’jah called you out for saying her name on the runway – what were your thoughts on that?
I think we learned our lesson with the six-way lip sync, when mother asks you for a name you give her one and I stand by the name I gave.

How did you feel about Ra’jah not wanting to read your mirror message?
I don’t really understand what the point of that was. We all process things differently, but unfortunately that did not come across well. I don’t apologise for taking up that much mirror space.

Who are you rooting for to win?
Yvie is someone I really connected with. I think she would do something really interesting with the crown. The only NYC girl left is Ms. Shuga Cain, so of course out of solidarity for the big apple my support is with her as well. Fans have called for you to be on All Stars 5 – are you down?
Of course! Absolutely. I will bring more makeup this time.

Would you do anything differently?
No. I definitely got in my head as I think we all do at times, but it is very hard to balance having a good time with taking the competition very seriously. I think I used confidence as a defence mechanism at times and maybe I could have shown more vulnerability, but we are all a work in progress, so I look forward to attacking more personal challenges in front of a global audience. It is a unique position to be in, working on yourself that way in front of the world, but I would not have changed any of my lessons.

What can we expect next from Scarlet Envy?
I have a cabaret show coming up in May at the Laurie Beechman Theater. I am also very excited about the season 11 tour coming up! I have some original songs I have been writing. I am very excited to debut a Scarlet Envy chapstick with three different flavours so you too can achieve my entrance look.