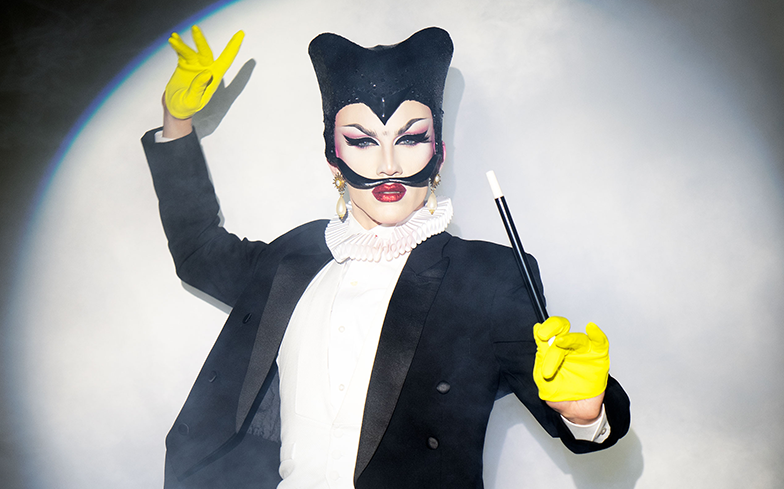 “The casting… I’m excited to see some shifts there.”

Sasha Velour has spoken out at the lack of trans, non-binary, AFAB and drag king performers on RuPaul’s Drag Race.

The performer, who won the ninth season of the Emmy-winning competition series, told GAY TIMES: “It would be positive and exciting for the competition, good for the television drama. There’s no reason not to expand the cast a little bit more.

“There are no limitations on who can audition for Drag Race, but the casting… I’m excited to see some shifts there. To my mind, it’s almost necessary for the future of the show, but I don’t know what decisions they’ll make.”

Sasha went on to say that the “most exciting performances are coming from trans, non-binary, AFAB and drag king performers” and that RuPaul’s Drag Race is not the “representative of all things drag”.

“Maybe they would enjoy taking that title but I think it’s important that a television show doesn’t stand for an entire art-form,” she added. “Drag is what exists in the world, not the product of a single television show.”

When we asked Sasha if she would ever return to the series as a competitor, like previous winner Bebe Zahara Benet before her, she told us: “I don’t know if they want me back, to be honest. They’re not beating down the door to ask me to return.”

Although Sasha “loves being on television” she admitted to not being a “huge believer in the value of competition”.

Sasha is about to embark on another tour in the United Kingdom for her one-queen lip-sync extravaganza, Smoke and Mirrors, which received praise from stars such as Troye Sivan, Allie X, Peppermint, Shea Coulee and Alexandria Ocasio-Cortez.

And later this year, Sasha is bringing their high-concept show Nightgowns to the upcoming short-form digital service Quibi.

Read our full interview here with Sasha for the T on Smoke & Mirrors, Nightgowns and RuPaul’s Drag Race.

Sasha Velour will return to the UK with Smoke & Mirrors from 2 March until 25 March – you can purchase tickets here.