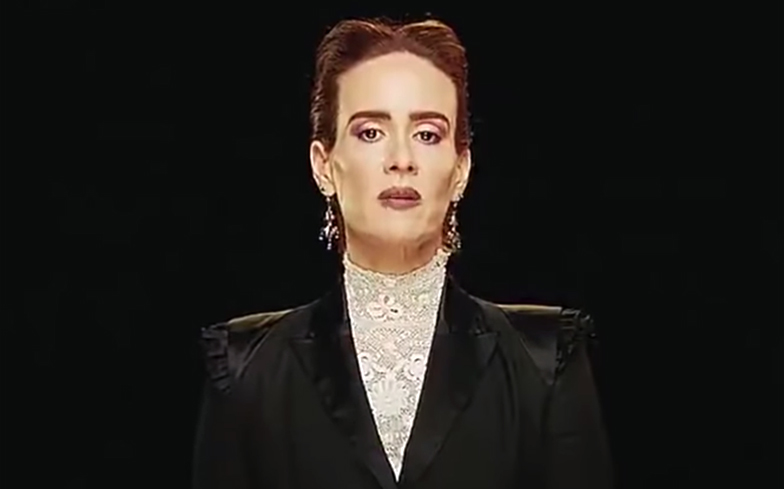 We already knew that the veteran actress would be playing three(!) characters in the next season of the hit anthology series – if anyone could do it, it’s Sarah – including Murder House’s Billie Dean, Coven’s Cordelia, and a brand new character called Venable.

This week, a fresh teaser has been released for season eight, which is sub-titled Apocalypse, and it introduces viewers to what we’re assuming is the Emmy-winner’s mysterious new character Venable.

The video instructs fans to visit thebeginningisnear.tv to win the chance to attend an “exclusive AHS: Apocalypse experience” – although it’s worth pointing out that you need to be a resident of the United States to enter.

Check out the new teaser (and Sarah’s STUNNING contouring) below.

Are you gagged? Because we’re gagged.