Sarah Paulson teases the number of seasons for Ratched 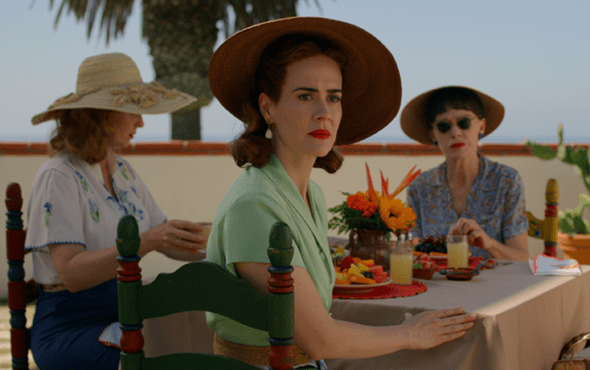 “Providing you guys give a shit about it, we will ultimately end up in the era of Cuckoo’s Nest.”

Sarah Paulson has teased the future of her brand new Netflix series Ratched.

The actress, who leads the thriller as classic One Flew Over The Cuckoo’s Nest character Mildred Ratched, recently responded to fan theories about her film and television projects including American Horror Story, Oceans 8 and her latest small screen adventure with Ryan Murphy.

One fan predicted that the first season would end with Mildred ‘opening a file’ and seeing the face of Jack Nicholson’s character, Randle Patrick “R.P.” McMurphy, from the original 1975 adaptation.

She continued: “If we make it all the way to season four, providing you guys give a shit about it, we will ultimately end up in the era of Cuckoo’s Nest. But perhaps, it’s not in the hospital. That’s all you’re getting from me on that.”

Sarah also semi-confirmed that her version of Mildred will continue to divert from Louise Fletcher’s Academy Award-winning depiction of the character.

“You might be onto something,” she whispered into the camera after a fan speculated that she’s “not so much the monster in Cuckoo’s Nest after all.”