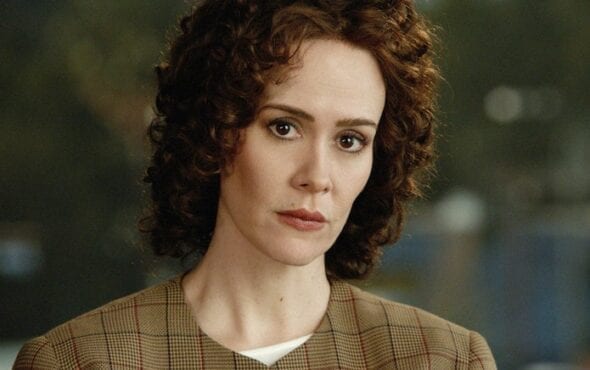 Titled Impeachment, the season will dramatise the events of the impeachment trial that took place following the infamous 1998 sex scandal between Bill Clinton and Monica Lewinsky.

The whistleblower played a prominent role in the case; secretly recording Lewinsky’s phone calls and encouraging the former White House intern to document details of her relationship with the former U.S. president.

In an interview with Jimmy Kimmel, the American Horror Story favourite said the role requires “a lot of prosthetics and body transformational accoutrement.”

“I don’t know if I ever would have met Linda or if Linda would have even been open to doing anything like that,” she explained, “but I got as many text messages when she passed away as if I had died.”

Paulson continued: “It was weird because I have been spending so much time reading all these books and working with a dialect coach. I was immersed in this and it was a very wild thing. It really did make me sad.”

Check out the first look at Sarah Paulson as Linda Tripp below.

Impeachment is based on Jeffrey Toobin’s book A Vast Conspiracy: The Real Story of the Sex Scandal That Nearly Brought Down a President.