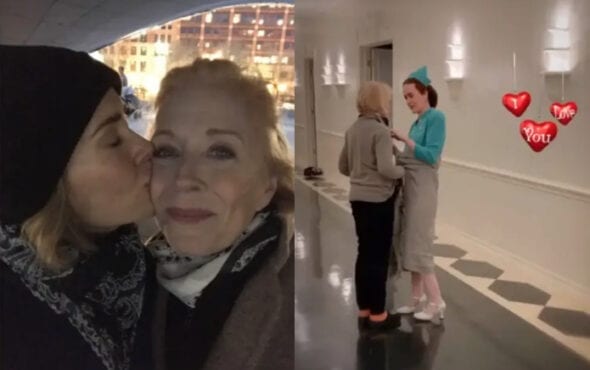 Sarah Paulson has shared a touching tribute to her girlfriend Holland Taylor.

The American Horror Story alum publicly celebrated the star, who turned 78 on Thursday, with several adorable – we repeat, ADORABLE – photos on her Instagram account.

“All roads lead me to this face, those eyes, that soul. You are, quite simply – everything to me,” Paulson wrote in her caption and yes, we can confirm that we are sobbing.

“Here’s looking at you, kid. Today. Tomorrow. Always. (If you don’t like this picture, you are an idiot, so don’t get mad when you see it. I even made it black and white since you prefer it. So shhhhhh.”

Paulson went on to say that it’s a “perfect picture of a perfect person” and wished Taylor a happy birthday.

Paulson and Taylor have been dating since 2015. In a recent interview, the former warned haters and internet trolls from ‘disrespecting’ her partner.

“Anybody says anything about any person I love in a way that is disrespectful or cruel and I want to cut a bitch,” Paulson told Harpers Bazaar, and yes, we can confirm that we love to see it.

In 2020, Taylor received widespread critical acclaim for her performance as Ellen Kincaid in Ryan Murphy’s miniseries Hollywood. She earned her eighth Emmy nomination for the role.

Paulson, also a frequent collaborator of Murphy, also won praise for playing the title character in his series Ratched, which became one of Netflix’s most successful original titles in history.

The series has been renewed for a second season, which should premiere later this year.