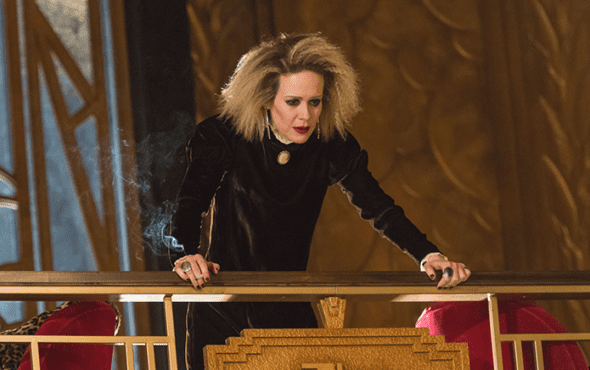 Sarah Paulson has explained her absence from American Horror Story: 1984.

Last year, the actress broke the internet when she announced that she wouldn’t return for the show’s ninth season, as it marked the first ever instalment of the acclaimed horror anthology series without her involvement.

At the time, Paulson didn’t reveal specifics around her departure, although fans assumed it was down to her other commitments, which included another season of American Crime Story and a starring role in Ryan Murphy’s new project Ratched.

In a recent interview, Paulson revealed that it was due to her role in Hulu’s historical drama, Mrs. America.

Speaking to Vulture, the actress said she was interested in the part because “the writing was extraordinary — the time period, the subject matter, and the idea of playing a person so different from where my head and heart live politically.”

Paulson was also eager to star alongside Cate Blanchett again, who she previously worked with on Carol (2015) and Oceans 8 (2018).

She continued: “So I went to Ryan Murphy and I said, “Do you mind if I sit this season of American Horror Story out? I want to do this instead,” and he very graciously said yeah.”

Mrs. America is based on true events and tells the story of the movement to ratify the Equal Rights Amendment in the 1970s and the “unexpected backlash” led by Phyllis Schlafly (Blanchett), a staunch conservative.

The controversial figure – who passed away in 2016 – once declared that no woman was fit to be President of the United States, and said that if Donald Trump wasn’t elected to the White House then “we’re not going to be America anymore.”

Paulson co-starred as Alice, one of Phyllis’ new recruits, while Rose Byrne portrayed Gloria Steinem, the social political activist who became recognised as the leader of the American feminist movement.

The nine-part series is now available to stream on Hulu.