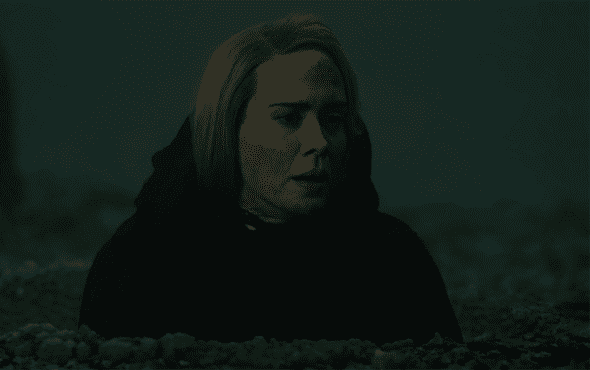 “I’m gonna get in so much trouble.”

In a recent video for Harper’s Bazaar, the actress responded to some of the internet’s biggest fan theories about her film and television projects, from American Horror Story to Bird Box, and her brand new Netflix thriller series, Ratched.

For the upcoming 10th season of American Horror Story, one fan speculated that the acclaimed horror anthology series will finally dedicate a whole season to aliens and Area 51.

After reading the long-standing fan theory, Paulson turned to the camera and smirked in silence, before ‘pleading the fifth’.

Is Paulson just teasing us, or can we expect an aliens/space theme for season 10? It would make sense. Last year, series creator Ryan Murphy said episode eight of 1984 would include a “big clue” as to what we can expect for the show’s milestone 10th year, with viewers noticing several references to aliens.

This is a concept that was briefly explored in the show’s second season, Asylum, when Kit (Evan Peters) was abducted and lifted into a spaceship. Are aliens about to make a comeback? Will we finally find out what happened to Kit?

It will be Paulson and Peters’ first season since sitting out 1984.

Murphy recently teased the direction of the season with a photo of razor sharp, vampire-esque fangs, writing on Instagram: “Looks like American Horror Story Season 10 is go for an October (fitting) production launch. Thanks to everyone who is working hard to assure a safe start for the cast and crew. And yes this is a clue.”

In a previous interview, the Emmy-winning screenwriter and showrunner said the theme of the season required the show to be filmed during warmer months – which means the direction of the long-awaited 10th instalment might have been rejigged. 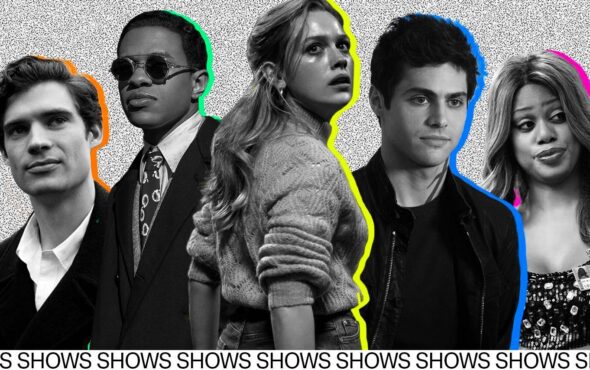 For now, Ratched is sure to quench the thirst of American Horror Story fans.

A prequel to classic movie One Flew Over The Cuckoo’s Nest, the series stars Paulson as the infamous nurse and heartless title character who uses her authority to torture her patients.

Ratched is set in 1947 and follows Mildred as she arrives in Northern Carolina to “seek employment at a leading psychiatric hospital where new and unsettling experiments have begun on the human mind,” where she presents herself as the “perfect image of what a dedicated nurse should be.”