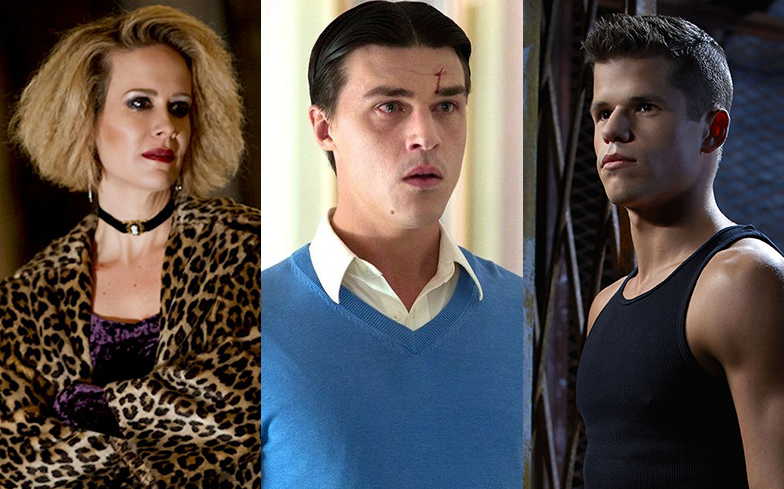 Ryan Murphy has assembled a star-studded cast for his upcoming Netflix series.

Nurse Ratched – a prequel to classic movie One Flew Over The Cuckoo’s Nest – will star American Horror Story veteran Sarah Paulson as the infamous nurse and heartless title character who uses her authority to torture her patients.

Michael Douglas, who served as producer on the original film, will return as executive producer alongside Aleen Keshishian, Margaret Riley and Jacob Epstein of Lighthouse Management & Media.

Writer and creator, Evan Romansky, will also co-executive produce, as well as Paulson who will produce with Paul Zaentz from the Saul Zaentz Company.

“On behalf of myself and Ms. Sarah Catharine Paulson who plays the title role and is also a big fancy producer on it, we are thrilled to announce our amazing cast, a true murderers’ row of talent,” Murphy wrote on Instagram.

“So many of these actors are supremely talented folks who Sarah and I have both longed to work with.”

Nurse Ratched will be Murphy’s first ever series to premiere on Netflix. He currently has several other productions on air, such as American Horror Story, American Crime Story, Pose, Feud and 9-1-1.

Last year in a statement, Murphy said: “The history of this moment is not lost on me.

“I am a gay kid from Indiana who moved to Hollywood in 1989 with $55 dollars in savings in my pocket, so the fact that my dreams have crystallised and come true in such a major way is emotional and overwhelming to me.

“I am awash in genuine appreciation for Ted Sarandos, Reed Hastings and Cindy Holland at Netflix for believing in me and the future of my company which will continue to champion women, minorities and LGBTQ heroes and heroines.

“I am honoured and grateful to continue my partnership with my friends and peers at Fox on our existing shows.”