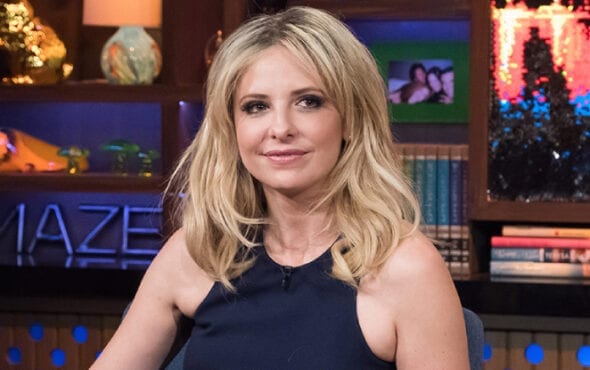 Sarah Michelle Gellar is making her television comeback in a brand new series from Amazon Studios.

The coming-of-age comedy, titled Hot Pink, will chronicle the “the real, knotted, messy, thriving heartbeat of young womanhood through the eyes of a 16-year-old girl” after she gets dumped by her boyfriend.

Hot Pink is loosely inspired by Elana K. Arnold’s young-adult novel What Girls Are Made Of, and will be helmed by Elisabeth Holm (Obvious Child) and directed by Desiree Akhavan (The Miseducation of Cameron Post).

This will be Gellar’s first TV series since the short-lived ABC comedy, The Crazy Ones (2013-2014), which starred the late Robin Williams.

She also led another short-lived TV drama, Ringer (2011-2012), which was cancelled after one season. (Still not over it, to be honest).

However, the beloved star is best known for her seven-year stint as the title character in the widely acclaimed fantasy drama, Buffy the Vampire Slayer, for which she earned a Golden Globe nomination for Best Actress.

Not only that, she’s an Emmy winner! For her role as Kendall Hart in the ABC daytime soap opera, All My Children, Gellar won the 1995 Daytime Emmy Award for Outstanding Younger Actress in a Drama Series.

Personally, we can’t wait for Gellar to return to our screens.

Related: The 9 gayest episodes of Buffy the Vampire Slayer.