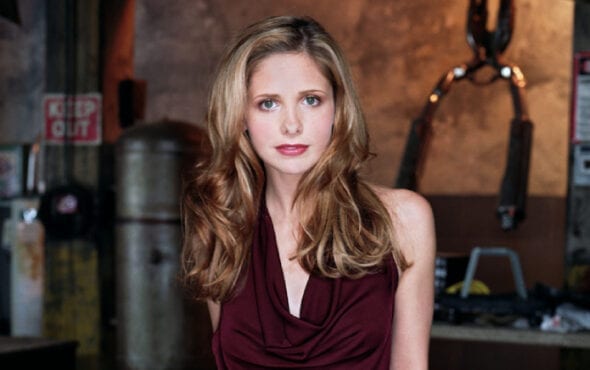 “The idea of a chosen one would be certainly very interesting at this time.”

In an interview with The Hollywood Reporter, published days after Charisma Carpenter accused the writer of being “cruel” and “emotionally abusive” on set, Gellar said she “doesn’t know” anything about the reboot.

“I don’t have any part of it. I wasn’t a producer on that show. I love her. I love her story, and if there’s more story to be told, I think it’s interesting,” said Gellar, who played the title character from 1997 until 2003.

“Our demons were the metaphors for the horrors of high school and adolescence, and I think that there’s definitely new horrors of adolescence. The idea of a chosen one would be certainly very interesting at this time.”

The star continued: “I do think it’s tricky because we were already a reboot. So, I don’t know. I actually don’t know what’s happening with it. I think it’s amazing that so many people are still so passionate about her and her story.”

Earlier this month, Carpenter, who played Cordelia Chase on Buffy and spin-off series Angel, released a powerful statement on social media titled ‘My Truth’, in which she recalled how Whedon’s abuse of power left her traumatised.

“While he found his misconduct amusing, it only served to intensify my performance anxiety, disempower me, and alienate me from my peers,” she wrote.

“The disturbing incidents triggered a chronic physical condition in which I still suffer. It is with a beating, heavy heart that I say I coped in isolation and, at times, destructively.”

Carpenter hash-tagged her post ‘#IStandWithRayFisher,’ a reference to the star who spoke out about Whedon’s “gross, abusive and unprofessional” conduct on the set of Justice League, which resulted in his dismissal from The Flash.

She said Fisher’s statement “gutted” her because Whedon – who also wrote and directed Marvel’s The Avengers and its sequel Age of Ultron –  has a “history of being casually cruel” and creates “hostile and toxic work environments”.

“Like his ongoing, passive-aggressive threats to fire me, which wreaks havoc on a young actor’s self-esteem,” continued Carpenter. “And callously calling me “fat” to colleagues when I was 4 months pregnant, weighing 126 1bs.”

Carpenter said he would “pit” his cast members against each other to vie for his attention and approval, and would be “disparaging about others openly”.

When she became pregnant during Angel’s fourth season, Whedon asked if she was going to keep the baby and “manipulatively weaponised” her womanhood, before attacking her character and mocking her religious beliefs.

He subsequently fired her from the series.

Buffy stars Amber Benson and Michelle Trachtenberg corroborated Carpenter’s claims with their own allegations against the writer. Her statement was also met with support from alum such as Gellar, Emma Caulfield, David Boreanaz and Clare Kramer, as well as writer Marti Noxon and Firefly writer Jose Molina.

Fisher later called Carpenter “one of the bravest people I know” and expressed gratitude for her “courage and for lending her voice to the Justice League investigation.”

Whedon is yet to respond to the allegations.