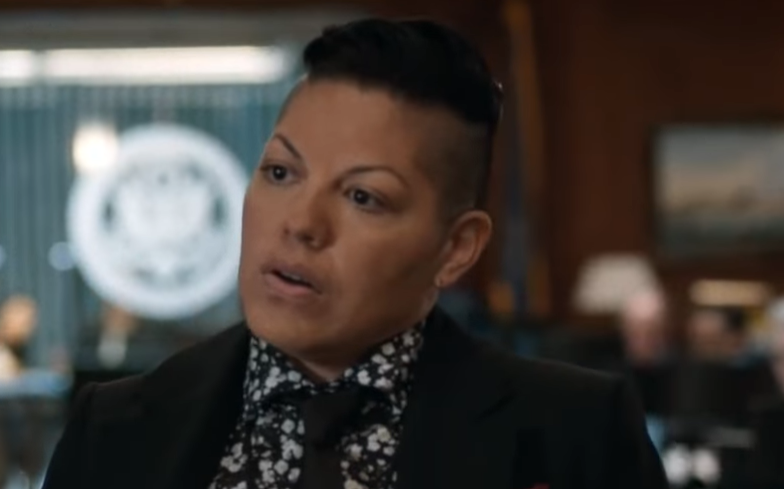 The character is set to come out as she discusses saving LGBTQ citizens in tonight’s episode.

Madam Secretary’s Kat Sandoval is going to come out on tonight’s episode of the political drama. Sara Ramirez plays Sandoval, who is a Policy Advisor to the U.S. Secretary of State.

In tonight’s episode, Sandoval will be trying to “devise a way to help persecuted foreign LGBTQ citizens escape their country while their U.S. homeland security applications are processed.”

When she sits down with food with Jay Whiteman – played by Sebastian Arcelus – she opens up about co-parenting a child, and reveals her sexuality.

Kat will say: “I’m bisexual. You can also say pansexual or fluid or non-monosexual but uh – Yeah I’m queer.”

Kat Sandoval won’t be the first bisexual person that Ramirez has played, as she played orthopedic surgeon, Callie Torres, on Grey’s Anatomy.

And Ramirez herself identifies as bisexual. During a speech at the True Colors Fund’s 40 to None Summit in 2016, Ramirez said: “So many of our youth experiencing homelessness are youth whose lives touch on many intersections – whether they be gender identity, gender expression, race, class, sexual orientation, religion, citizenship status.

“Because of the intersections that exist in my own life: Woman, multi-racial woman, woman of color, queer, bisexual, Mexican-Irish American immigrant, and raised by families heavily rooted in Catholicism on both my Mexican & Irish sides.

“I am deeply, deeply invested in projects that allow our youth’s voices to be heard, and that support our youth in owning their own complex narratives so that we can show up for them in the ways they need us to.”