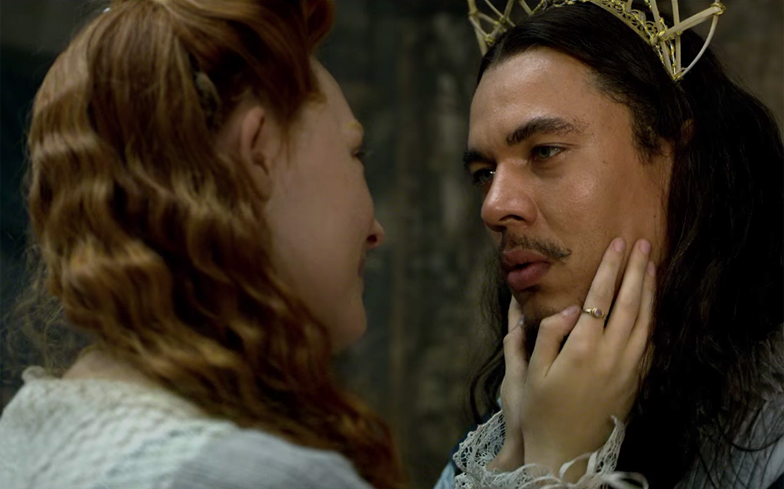 She’s the BFF we wish we had.

With star turns from Saoirse Ronan as Mary Stuart and Margot Robbie as Elizabeth I, two fierce royal figures in a male-dominated world, period drama Mary Queen of Scots had all the makings of a gay favourite as it was.

But the true story of betrayal and rebellion – and plenty of fancy costumes – has been given a modern update with the inclusion of queer characters, including Mary’s confidant David Rizzio, portrayed by Ismael Cruz Cordova.

In a new clip from the film, David is dressed in traditional women’s clothing while he entertains Mary and her chambermaids, when he questions: “Is it a sin that I feel more of a sister to you than a brother?”

Realising he may have spoken out of turn, he adds: “Forgive me, I forget myself in your company.”

“Be whoever you wish with us. You make for a lovely sister,” Mary replies.

Who knew Mary Queen of Scots was such an ally?

Watch the new clip below.