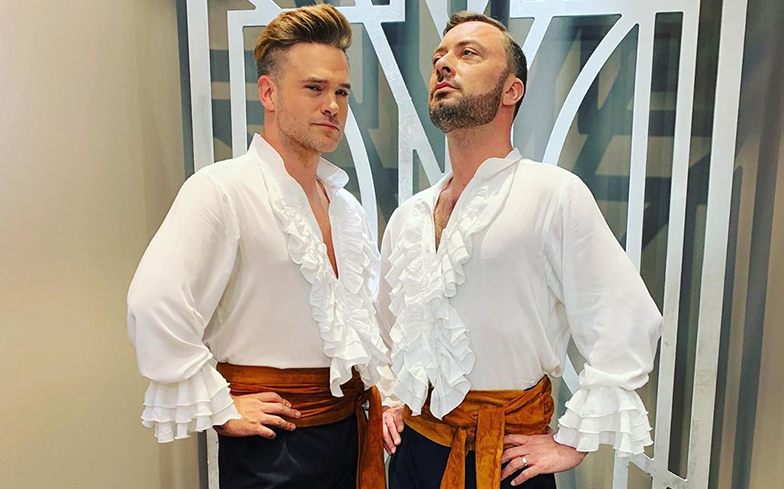 The first male couple on Denmark’s version of Strictly Come Dancing have won the final.

Actor and comedian Jakob Fauerby and his dance partner Silas Holst won over the judges and viewers at home with their dance routines throughout the latest season of Vild Med Dans, and secured the top spot after a show-stopping paso doble.

“It’s a whole new experience. It is quite overwhelming. So many who write to me on social media with their own stories. I feel pretty privileged,” Jakob told Danish news outlet BT, explaining that he was “speechless” over the results.

Jakob, who is openly gay, had decided before signing on to the show that he would ask to be paired with a man, and thankfully the judges agreed to his request.

He took to Instagram after winning to call it a “totally crazy” and “absolutely amazing” experience.

“Thank you so much to all of you for your wonderful messages and great support over the last 12 weeks,” he wrote.

“I am so proud that my daughter, her big brother, and all other little boys and girls can go out into the world and love the way they want and dance with whomever they want.”

Jakob’s dance partner Silas, who returned from a five year break to dance with the actor, echoed his thoughts.

“We would not have stood here if Denmark did not have an open mind and also had the courage and dared to do so. It’s a sense of pride. The pride of diversity and the Danes,” he told Danish news outlet BT.

Meanwhile, back in the UK, it’s been announced that Dancing On Ice will make history in 2020 by featuring its first same-sex pairing, as Steps singer Ian ‘H’ Watkins joins professional Matt Evers to take to the skating rink.