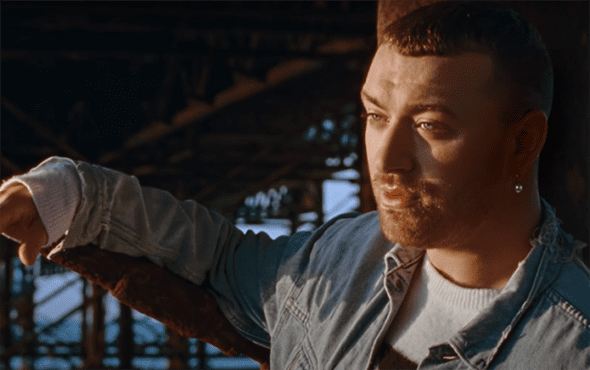 We’re not crying… you are!

Sam Smith has done it again a released another heartfelt banger with Kids Again.

The new ballad details the heartbreaking story of the one that got away. Opening up with the lyrics “Can’t believe I still avoid the east side, even though I know you don’t live there now” Smith sets the tone and prepares us for that trip down memory lane.

From its wanderlust production to its dreamy lyrics, Kids Again showcases their vulnerability to the fullest.

To make this single even better the British talent also dropped a beautiful accompanying video.

Set in the seaside town of Brighton, Smith is seen traversing throughout the Brighton Palace Pier while LGBTQ+ couples are shown in different stages of a relationship.

Smith has also released their highly anticipated third album Love Goes which explores the complexities of love, heartbreak, and rebirth.

The record features previous singles Dancing With A Stranger with Normani, My Oasis ft. Burna Boy, and a new collaboration with Labrinth on the titular track Love Goes.

Smith opened up about the record and what it means to them, stating: “The last two years has been the most experimental time of my life, personally but also musically,” they recently said of the album. “Every time I went into the studio, I promised myself I would shoot for the stars and have no limitations.

“The result has been so magical and so therapeutic and FUN. I am so thankful to every human who embraced my creativity and direction and allowed me to be whoever I wanted to be in that studio on that day…

“Listen to these songs with an open heart and treat each song like a different flower from the garden, have fun with them, I tried not to take myself too seriously when writing a few of these songs.

“I hope they make you smile because they made and make me.”

Watch the full video for Kids Again below and listen to their new album here.