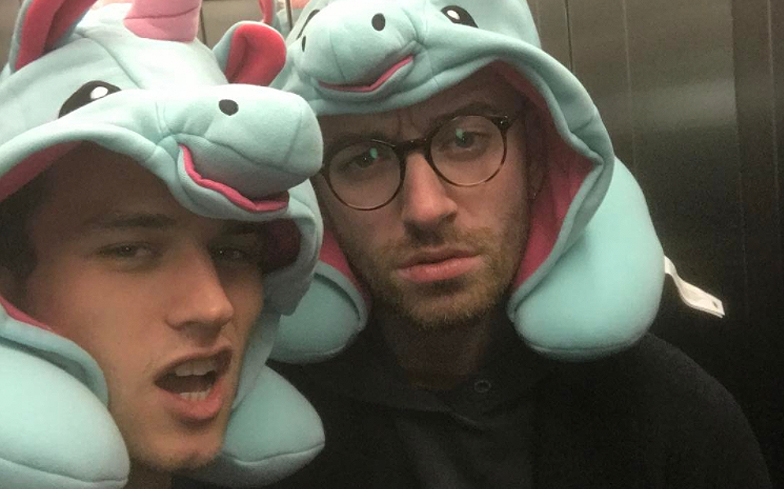 Sam Smith and 13 Reasons Why star Brandon Flynn have taken their relationship public by posing for a selfie on Instagram for the first time.

The pair are currently in London together chilling out in unicorn hoods. As you do.

Brandon posted the picture on his page with the caption: “Rare sighting in London.”

Related: Sam Smith says he “gets homophobic abuse on a daily basis”

The couple were first pictured together earlier this year in New York City, sharing a kiss while walking around Greenwich Village.

Sam later confirmed that he is currently in relationship while promoting his latest chart-topping album The Thrill Of It All.

The Grammy-winning star also opened up about his lack of experience when it comes to long-term relationships.

“I do feel I’m a bit behind in my relationships,” he told Billboard. “I wish I’d been in a long-term relationship by this age. But then, I didn’t move to London until I was 19.

Related: Sam Smith and Dua Lipa are among the first acts confirmed for the BRIT Awards 2018

“I’d definitely be emotionally richer now if I’d had a long-term ­relationship, but if it wasn’t easy while I was growing up, it’s hardly going to be any easier for me now, is it?”

Meanwhile, Sam Smith has confirmed that One Last Song will serve as the second single from his latest album.

You can watch the official music video below: